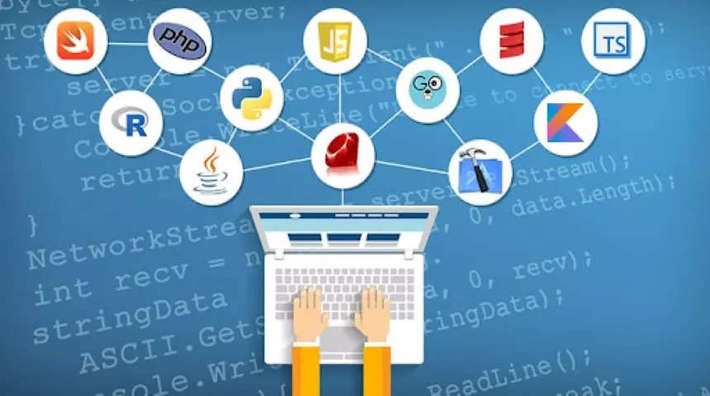 A few decades back the job role called data scientists didn’t exist. There were employees who used to analyze, organize, and clean the data. But they were no actual profession like data scientists. Modern-day data scientists possess exceptional skills which many firms are looking for.

If one wants to be a part of this growing career and is interested to work as a data science professional then it is important to know about the most used data science programming languages as they are very powerful and intricate. It is has become a crucial aspect to keep up with the latest advancements in the tech industry today.

In this article, let’s understand the most common top programming languages for data science.

Java is the most vastly used and highly popular programming language in the world today. It is also considered as among the most chosen data analytics languages. The language is very easy to implement on different platforms as there is Java Virtual Machine technology. Much of the open-source big data stack is written in Java Virtual Machine.

A few significant benefits of Java are:

Java supports many libraries such as Java Machine Learning Library. Java is considered one of the most used machine learning. If one wants to excel in the data science field then they must have good knowledge of Java basic concepts.

Bjarne Stroustrup developed C++ in the year 1983. It is also called the “the fastest programming language”, which is the major reason it is highly used for the development of desktop apps, computer games, and also for search engine development. For an instance, Google Chrome is built on C++.

For several projects development time is considered very crucial that is the reason C++ is used because it has less response time. This C++ data science is mainly used to develop complex products such as cloud systems, and enterprise software, and banking software.

The most popular data science programming language is Python. It is vastly used in all major companies due to the presence of its scalability, flexibility, and simplicity. It has a very simple syntax and very less coding too. It also offers many libraries that are always ready to use.

Python is open source and is available for any kind of changes that developers feel required. This is considered as the best language for data science evolves continuously, by making its syntax simpler and well-contributes to efficiency. It is platform-independent and collaborates well with other programming languages.

This is a high-level, general-purpose programming language, which is mainly used in data science, it also offers a remarkable number of specialized libraries. A few libraries of Python are listed below:

SQL or Structured Query Language is used for querying and handling huge sets of data and processing information in relational databases. The unstructured data is stored in a NoSQL database in the format of the document. The NoSQL database querying requires a proprietary language that varies from SQL.

This is among the highly used data analytics languages. Its structure and syntax are developed to take care of the analytical tasks. It is one of the most appealing programming languages for businesses as it possesses the capacity to manage huge and complex quantities of data. It consists of packages that ensure to manage the analysis more easily. A few of the packages are listed below: