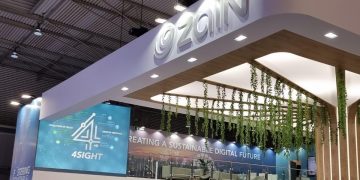 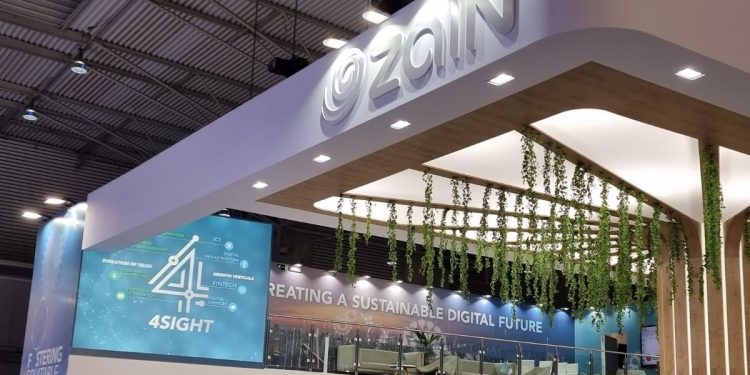 Zain Group announces its successful participation at Mobile World Congress (MWC) that took place in Barcelona, Spain between 28 February to 3 March, after a four-year absence. The leading regional telco utilized its presence at the leading global telecom conference and exhibition under its 4Sight strategic theme of “Creating a Sustainable Digital Future” to showcase activities that are turning it into a digital lifestyle service provider; sign a series of memoranda of understanding (MoUs) and introduce several cutting-edge solutions.

Moreover, Zain executive teams met with and entered strategic and continuous agreements with multiple key industry partners and held meetings with regulatory figures from their respective countries.  Agreements and MoUs with leading technology innovators included but were not limited to Huawei, Ericsson, Nokia, Cisco, Microsoft, AWS, Dell and VMware support Zain in advancing its technological lead and customer offerings across all its markets.

A total of 10 demonstration areas were on display on the Zain booth, welcoming hundreds of visitors and highlighting activities in areas that included its 4Sight corporate and sustainability strategy; ZainTech enterprise and government (B2B) solutions provider that also included showcasing its Smart Cities, Cloud, Data and Zain Drone services; as well as Zain Global Connect wholesale and connectivity activities.

In addition, Zain Ventures venture capital and investment arm highlighted its recent investments in ZoodPay, ‘Buy Now, Pay Later’ as well as in PIPE and Swvl, and other investments in leading Venture Capital funds such as MEVP, BECO Capital and Valor Capital.  Moreover, Zain Fintech showcased its Tamam

micro-lending platform in Saudi Arabia, and Zain Cash in Iraq and Jordan, and M-Gurush in South Sudan, platforms that collectively attracted 1.5 million customers recording over 25 million transactions with a value of USD 2.3 billion in 2021.

In particular, Zain Saudi Arabia announced the launch of a 5G local area network (5G LAN), becoming the first operator in the Middle East and North Africa to adopt such advanced technology. Zain Saudi Arabia intends to provide its subscribers, mainly enterprise users, with a virtual local 5G network fully reliant on the 5G Stand-Alone technology, supporting an unmatched modern, reliable, and secure experience regardless of the number of connected devices and the nature of network connections.

Over the last few years, the telecom industry globally has been extremely resilient, and this year’s Congress was especially important from the perspective of allowing Zain to meet, exchange experiences, and chart an effective way forward.

Zain continues to evolve and transform itself into a multi-dimensional digital lifestyle services provider. The growing range and complexity of partnerships and ecosystems bear witness to this trend and the company was honored to be able to showcase its progress at Mobile World Congress. Zain is committed to continuing to maximize value for all stakeholders and working with a wide array of collaborators to achieve this goal.

During MWC, Zain Group, and other regional operators announced the opening of the first regional community lab in collaboration with Telecom Infra Project (TIP) and Intel, following the recent signing of the Open RAN MoU to enhance network experiences for end-users.

Keeping with the theme of regional cooperation, Zain Group and Omantel also signed an MoU with other operators to accelerate collaboration to protect the environment, tackle climate change challenges, as well as reduce the carbon footprint through their operations. The memorandum reflects the efforts of the GCC’s major telcos in facing environmental challenges, focusing on climate change and advancing the regional sustainability agenda. Zain was recently upgraded to A- in latest ‘CDP Score Report – Climate Change 2021’, ranking it first in region and among leaders globally.

The Zain booth attracted thousands of visitors over the 4-day congress who were intrigued by the booth’s vibrancy and the insightful demonstrations, that included a prominent Sustainability focused area at the entrance of the stand.  Zain’s participation and meetings during MWC Barcelona proved to be very successful in supporting the company’s sustainable strategic roadmap and digital transformation.