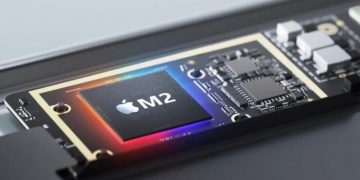 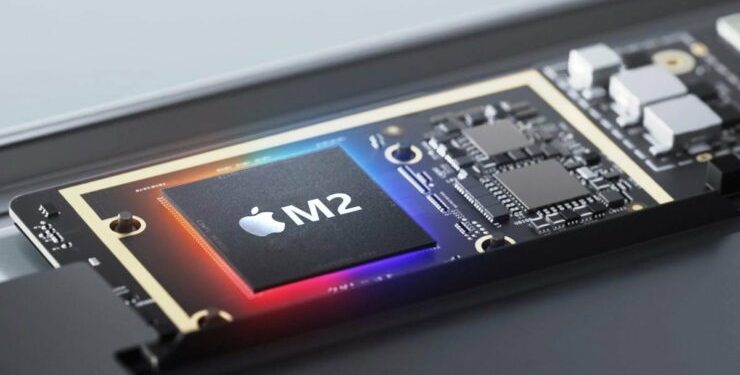 Apple will take center stage on March 8 for its Spring event where it will announce the highly anticipated iPhone SE 3, iPad Air 5, and potentially some new Macs with an M2 chip. Apple’s ‘Peek performance’ event will focus not on design but internals. While nothing can be said for sure at this point, evidence of the M2 chip for the MacBook Air, MacBook Pro, and other Macs has been spotted by a developer. Scroll down to read more details on the subject.

Developer Source Claims That Apple is Testing a Chip With an 8-Core CPU and a 10-Core GPU For Multiple Macs, Potentially the M2 Apple Silicon Chip

In his Power On newsletter, Mark Gurman suggests that his “developer source” has informed him in recent weeks that Apple is testing a new chip with an 8-core CPU and a 10-core GPU on multiple Macs running the latest beta of macOS. The M1 Pro and M1 Max were similarly quoted before Apple officially unveiled the new 14-inch and 16-inch MacBook Pro models last year.

I’m told from a developer source that Apple has been testing multiple Macs with a new chip in recent weeks that includes an eight-core CPU (four efficiency cores and four high-performance cores) and 10 GPU cores. Those are exactly the specifications of the M2 chip I detailed last year.

Apple has been testing this new chip on machines running macOS 12.3 (which should be released in the next week or two and run on the new Macs) and a future macOS 12.4, as well as macOS 13, which will be previewed in June at WWDC 2022.

The M2 chip for Macs will be the company’s first upgrade for its custom chips since its debut in November of 2020. The M2 chip will feature enhanced performance and will be comparatively less power-hungry. Since the M1 chip revolutionized the computer industry, we are anxiously waiting to see what strides the M2 chip will have in store for users.

We are expecting Apple to incorporate the M2 chip in its redesigned MacBook Air and the 13-inch MacBook Pro. In addition to this, Apple might also upgrade the Mac mini. According to Gurman, a new Mac mini with Apple’s M1 Pro and M1 Max chip could potentially launch next week. Moreover, Gurman expects that a 13-inch MacBook Pro and the upgraded iMac could launch in the first half of this year.

As for the iPhone SE 3 and iPad Air 5, we are not expecting any major design changes. Nonetheless, both devices are reported to house the company’s latest and greatest A15 Bionic chip. This is all there is to it, folks. What are your thoughts on the M2 chip for the upcoming Macs? Share your views with us in the comments section below.