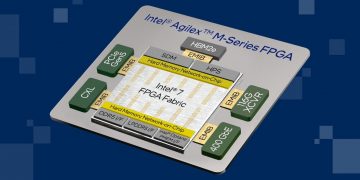 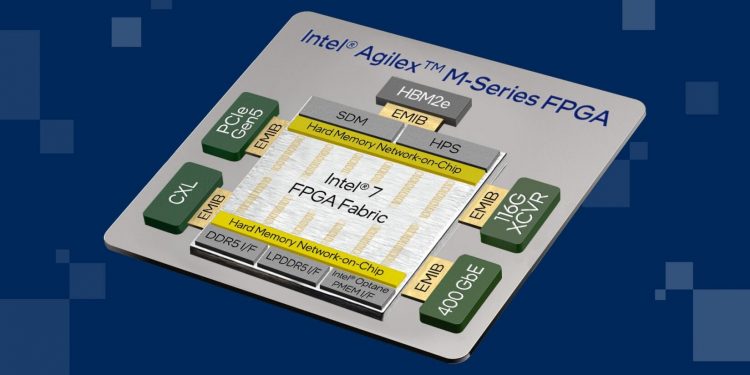 With the exponential growth of data in the world today, coupled with the shift from centralized clusters of compute and data storage to a more distributed architecture that processes data everywhere—in the cloud, at the edge, and at all points in between—Field-Programmable Gate Arrays (FPGAs) are taking on an increasingly important role in modern applications from the data center to the network to the edge. The flexibility, power efficiency, massively parallel architecture, and huge input/output (I/O) bandwidth make FPGAs attractive for accelerating a wide range of tasks from high-performance computing (HPC) to storage and networking. Many of these applications put enormous demands on memory, including capacity, bandwidth, latency and power efficiency.

Intel Agilex M-series FPGAs are the first members of the Intel Agilex device family to provide in-package HBM2e memory and include hardened controllers for other state-of-the-art memory technologies such as DDR4, DDR5, and LPDDR5. Two hardened memory network-on-chip (NoC) functions provide the FPGA fabric with high-bandwidth, resource-efficient access to both in-package HBM2e and onboard memory resources.

With this latest FPGA series, Intel continues to enable our customers to achieve higher performance with better power efficiency across all end markets and applications.