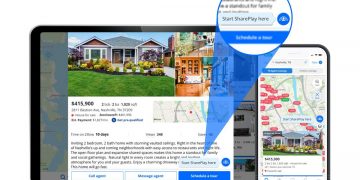 Zillow browsing is the next best thing to actually buying a house, right? 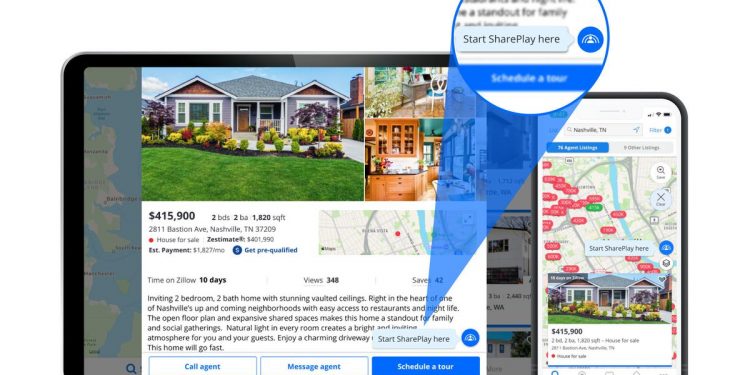 Have you ever wanted to aimlessly scroll through Zillow and admire all the heinously expensive houses that you’ll never be able to afford thanks to the skyrocketing price of real estate — but also share that experience with a friend or loved one who isn’t able to join you in your delusional aspirational browsing in real life?

Well, Zillow has debuted the solution to that dubiously common problem by adding support for Apple’s new SharePlay feature to its iPhone and iPad apps. Which, in turn, allows you to browse listings (something that Zillow — a company that appears to be completely unfamiliar with the existence of baseball — describes in its press release as “America’s favorite pastime”) over FaceTime.

In Zillow’s defense, the company says that 86 percent of its users browse listings with a friend, spouse, or roommate, so making it easier to do over video conferencing does make a certain amount of sense when viewed in that light. And given that SharePlay has native API support in iOS, it can’t be too difficult to integrate support (especially for an app that doesn’t have to worry about things like authenticating streaming logins or perfectly syncing video and audio playback, like streaming apps do).

The new SharePlay feature in Zillow is available now, although you’ll need to make sure that your device is updated to iOS 15.1 or iPadOS 15.1 or later in order to use it.