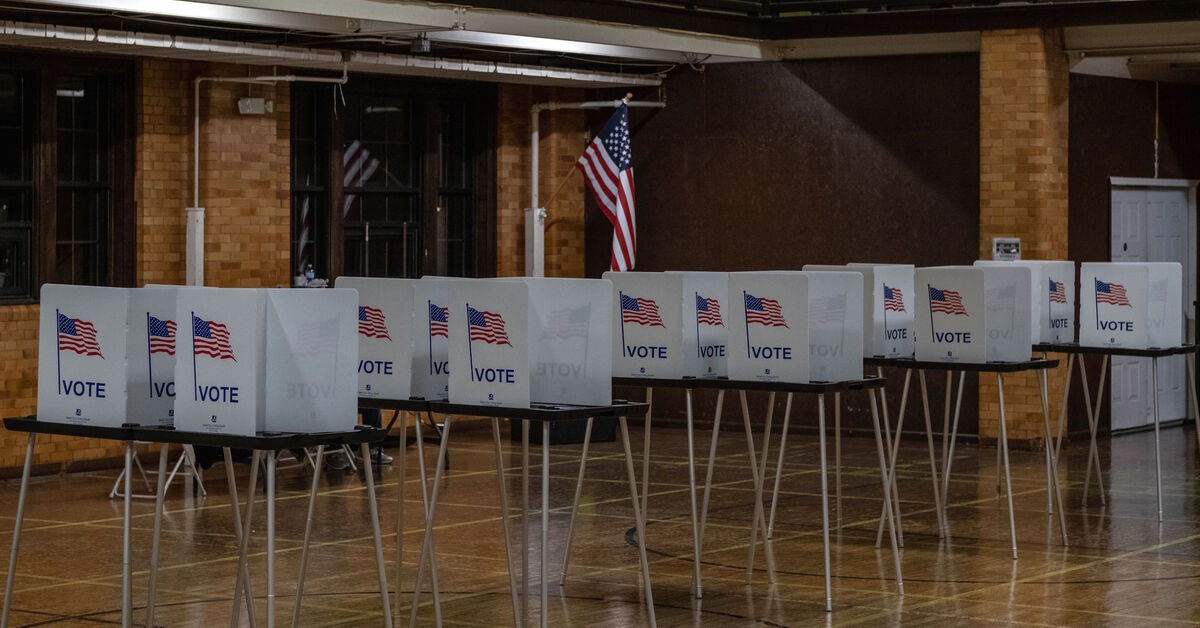 Empty voting booths are seen in Flint, Michigan at the Berston Fieldhouse polling place on November 3, 2020. - The US is voting Tuesday in an election amounting to a referendum on Donald Trump's uniquely brash and bruising presidency, which Democratic opponent and frontrunner Joe Biden urged Americans to end to restore "our democracy." (Photo by Seth Herald / AFP) (Photo by SETH HERALD/AFP via Getty Images)

The United States has charged two Iranian computer hackers in connection with a cyber-campaign intended to influence the outcome of America’s 2020 presidential election.

Starting in approximately August 2020, Kazemi, Kashian, and other co-conspirators allegedly began a four-pronged campaign that included sending threatening emails to voters, hacking into the computer networks of an American media company, and impersonating a far-right organization to cast doubt over the integrity of electoral ballots.

According to court documents, members of the conspiracy exploited a misconfiguration error to gain unauthorized access to one US state’s computer system and download data belonging to more than 100,000 voters. Attempts were allegedly made by the conspirators to compromise 11 state voter websites in total.

In October, the conspirators allegedly posed as a “group of Proud Boys volunteers” to send Facebook messages and emails to Republican senators, Republican members of Congress, individuals associated with the presidential campaign of Donald J. Trump, White House advisors, and members of the media.

The message contained claims that the Democratic Party was planning to exploit “serious security vulnerabilities” in state voter registration websites to “edit mail-in ballots or even register non-existent voters.”

It is alleged that the conspirators also impersonated the Proud Boys to send threatening messages to tens of thousands of voters.

“The emails were sent to registered Democrats and threatened the recipients with physical injury if they did not change their party affiliation and vote for President Trump,” said the Department of Justice’s Office of Public Affairs in a statement released Thursday.