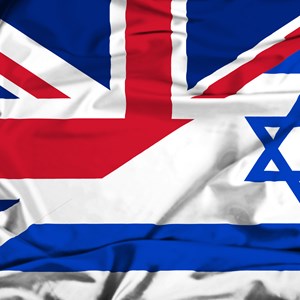 The UK and Israel have signed a new agreement promising increased cooperation in cybersecurity.

The 10-year ‘memorandum of understanding’ was signed yesterday (November 29) in London by UK Foreign Secretary Liz Truss and Israeli Foreign Minister Yair Lapid. Among the provisions is a pledge to forge a closer alliance on cyber and tech, to “help to ensure that future standards on new technology are shaped by democratic nations.”

In a joint article published in the Daily Telegraph, Truss and Lapid said the two countries will “work closer” to defend themselves in cyberspace. In addition, Israel will become a tier one cyber partner for the UK, enabling them greater access to the UK’s market. The pair added that “our partnership will keep us at the forefront of the technological revolution.”

The pact follows numerous warnings from Western government officials that liberal democracies need to work together to ensure the internet is open and secure, countering attempts by countries like China and Russia to limit access and maximize control.

However, the UK and Israel agreement has drawn criticism due to controversies surrounding Israeli spyware developer NSO Group. Last week, Apple announced it is the latest tech giant to sue the company following allegations that its Pegasus spyware was installed on the devices of targeted journalists, activists, dissidents, academics and government officials. Earlier this month, NSO Group was added to a US export blacklist designed to prevent it from buying components from American companies.

The joint statement by Truss and Lapid also emphasized that the two countries would work “night and day to prevent the Iranian regime from ever becoming a nuclear power.” Yesterday, Infosecurity reported that last month’s cyber-attack that paralyzed Iran’s gas stations has been attributed to Israel by two unnamed US defense officials.