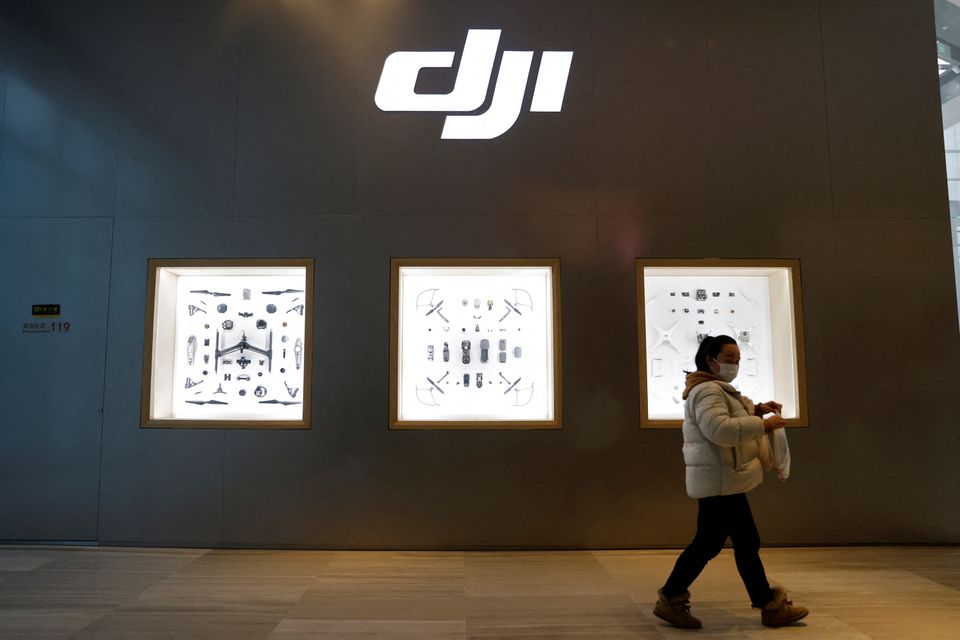 Shares in Chinese healthcare and technology firms tumbled on Wednesday after a report that the United States would add more Chinese firms, including the largest commercial drone maker and biotech firms, to investment and export blacklists this week.

Citing two sources briefed on the plans, the Financial Times said the United States would add eight Chinese firms, including the drone maker, DJI Technology Co Ltd, to an investment blacklist on Thursday.

The U.S. commerce department is also set to place more than two dozen Chinese firms, some of them involved in biotechnology, on an “entity list” restricting exports to them by U.S. firms, the newspaper cited the sources as saying.

The report hastened a sell-off in Chinese healthcare shares in afternoon trade, knocking 3.2% off a mainland index tracking the sector (.CSI300HC) against a drop of 0.87% in the broader index.

The impact was sharper still in Hong Kong, where the Hang Seng Healthcare Index (.HSHCI) was down 7.6% in late afternoon trade.

Healthcare firms were already under pressure on Wednesday after Chinese biotech company BeiGene Ltd plunged on its Shanghai debut, amid worries that some Chinese firms could be ordered to delist from the U.S. stock market.

The Financial Times said the U.S. treasury department would put eight companies including DJI on its “Chinese military-industrial complex companies” blacklist because of their alleged involvement in surveillance of the Uyghur Muslim minority.

U.S. investors are barred from taking stakes in companies on the list, which now comprises about 60 firms.

A DJI spokesperson declined to comment on the report, but directed Reuters to the company’s statement when U.S. commerce department put it it on the “Entity List” a year ago for the same reasons. That step barred it from buying or using U.S. technology or components.

At the time, DJI said it had done nothing to justify the move and would continue to sell products in the United States, where it has built up a large market.

The U.S. Treasury did not immediately respond to a Reuters request for comment.

In Beijing, responding to questions on the FT report, foreign ministry spokesman Zhao Lijian told a news briefing China was opposed to U.S. “suppression” of its companies and would pay close attention to how the situation developed.

SenseTime said the accusations against it were unfounded.

U.N. experts and rights groups estimate more than a million people, mainly Uyghurs and members of other Muslim minorities, have been detained in recent years in a vast system of camps in China’s far western region of Xinjiang.

Some foreign lawmakers and parliaments have labelled the treatment of Uyghurs as genocide, citing evidence of forced sterilisations and deaths inside the camps. China denies this, saying Uyghur population growth exceeds the national average.