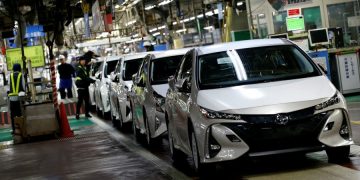 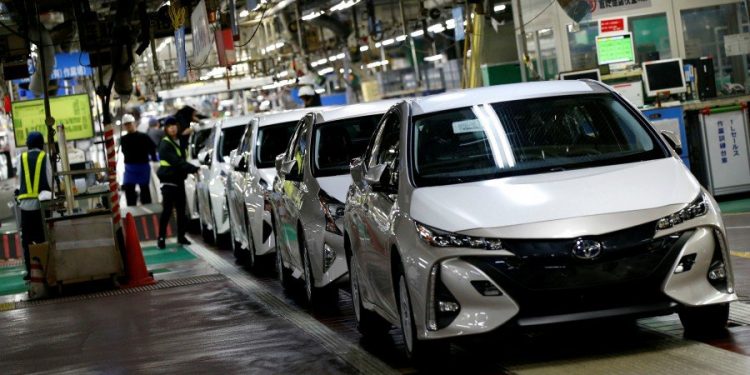 Japanese automaker Toyota said Monday it was halting operations at all its domestic plants for a day after a reported cyberattack on a parts supplier.

“Due to a system failure at a supplier in Japan, we have decided to suspend the operation of 28 lines at all 14 domestic plants on March 1 (for both 1st and 2nd shift),” the world’s top-selling automaker said in a statement.

Toyota confirmed the supplier involved was Kojima Industries, which manufactures plastic parts, but declined to comment on a report by the Nikkei newspaper that the disruption was caused by a cyberattack.

The newspaper cited a source close to the firm as confirming a cyberattack and saying an assessment of the damage done was being undertaken.

The Toyota spokeswoman told AFP that the stoppage, which for now will last a day, with the situation to be assessed again Tuesday, would affect production of 13,000 vehicles.

The suspected attack comes with nations that have imposed sanctions on Russia over its Ukraine invasion on high alert over possible retaliatory cyberattacks.

Prime Minister Fumio Kishida, asked about whether the attack could be linked to Japan’s sanctions on Moscow, said the “government is also trying to ascertain the situation on this point”.

“It’s hard to answer without thoroughly checking,” he added.

Toyota has already been forced to adjust production goals because of pandemic-related supply chain issues and the global chip crisis.

But the auto giant was able to retain its crown as the world’s top-selling carmaker in 2021 and earlier this month posted a forecast-beating quarterly net profit despite the tough production environment.

It did however slightly lower its production projection for the year to 8.5 million units from nine million, having already slashed the goal from an earlier 9.3 million in November.

When Covid-19 first triggered a global drought of semiconductors — an essential component of modern cars — Toyota appeared better placed than its rivals to weather the crunch, having strengthened ties with its domestic suppliers after Japan’s 2011 earthquake and tsunami.

But with the crisis showing no signs of ending, the automaker has found itself unable to escape the effects.

“Currently, customers have to wait for a very long time to receive our products,” Toyota acknowledged earlier in February.