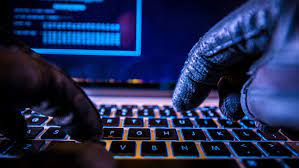 The biggest data breaches, hacks of 2021

The biggest data breaches, hacks of 2021

As COVID-19 continues to cause disruption, cyberattacks haven't let up, either.

In 2021, thousands of new cybersecurity incidents have been recorded — and while cryptocurrency theft and data loss are now commonplace, this year stands out due to several high-profile incidents involving ransomware, supply chain attacks, and the exploitation of critical vulnerabilities.

The Identity Theft Research Center (ITRC) has reported an increase of 17% in the number of recorded data breaches during 2021 in comparison to 2020. However, an entrenched lack of transparency around the disclosure of security incidents continues to persist — and so this may be a low ball estimation.

According to IBM, the average cost of a data breach has now reached over $4 million, while Mimecast estimates that the average ransomware demand levied against US companies is well over $6 million. The world record for the largest payout, made by an insurance company this year, now stands at $40 million.

Experts have warned that the security issue could persist for years with the recent emergence and rapid exploitation of the Log4j vulnerability. That goes for data leaks, breaches, and theft, too, which are unlikely to decline in number in the near future.

Here are some of the most notable security incidents, cyberattacks, and data breaches over 2021.