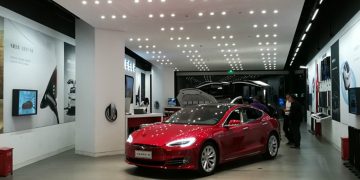 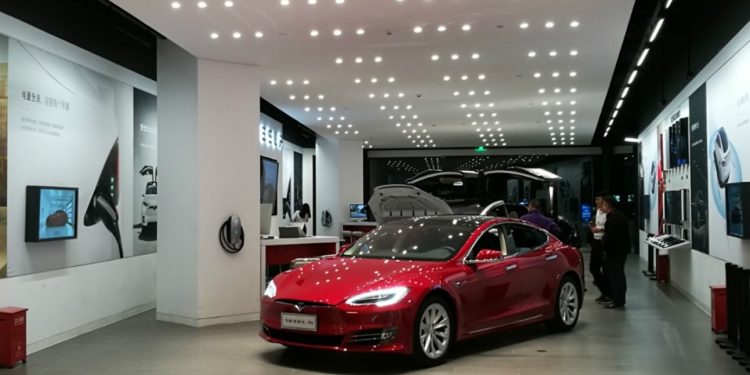 Tesla has opened a new sales and service center in the Xinjiang region of China, home to a Muslim population known as the Uyghurs whom the United Nations and rights organizations have identified as a repressed ethnic group.

In 2021, the United States, United Kingdom and Canada said China engages in “forced labour, mass detention in internment camps, forced sterilisations” and other abuses against Uyghurs. Separately, the EU imposed sanctions on China for “arbitrary detentions” of Uyghurs.

China has repeatedly dismissed those claims as “lies and disinformation.”

A Dec. 31 post on Tesla’s Weibo account which was translated by CNBC said: “The Urumqi Tesla Center officially opens #inanewdirection… As the first Tesla Center in Xinjiang, this location integrates sales, service and delivery. It will help Xinjiang users enjoy the experience of one-stop service, escorting Tesla car owners on their journey to the west.”

Another Weibo post on that same date said: ”#inanewdirection Urumqi Tesla Center has officially opened! On the last day of 2021 we meet in Xinjiang. In 2022, let’s begin Xinjiang’s journey to pure electric [vehicles]! Encounter even more beauty!”

The hashtag phrases comprised wordplay in Chinese. The character that spells “new” is contained in the first half of the region’s name, Xinjiang.

Many social media users in China expressed appreciation in response to Tesla’s posts. But the move elicited outrage in the West.

As NBC News previously reported in June 2021, Amnesty International researchers found that “Chinese authorities in the western region of Xinjiang have been rounding up women and men — largely Muslims from the Uighur, Kazakh and Kyrgyz ethnic minorities — and detaining them in camps designed to rid them of terrorist or extremist leanings since 2017.

“More than 1 million Uighurs and other minorities from Xinjiang are believed to be held in internment camps, where they are forced to study Marxism, renounce their religion, work in factories and face abuse, according to human rights groups and first-hand accounts. Beijing says these ‘re-education camps’ provide vocational training and are necessary to fight extremism.”

In response, U.S. senators recently approved a bill banning imports from China’s Xinjiang region unless businesses can prove they were produced without forced labor.

The author of the bill, U.S. Senator Marco Rubio (R-Fla.), said of Tesla in a press statement, “Nationless corporations are helping the Chinese Communist Party cover up genocide and slave labor in the region.”

Tesla did not respond to requests for comment. Tesla shares rose more than 13% on Monday after the company reported record vehicle deliveries for 2021.

For example, China sent a complaint to the United Nations last year revealing that SpaceX satellites had nearly collided with China’s space station on two separate occasions in 2021.

With nearly 30,000 satellites and other debris believed to be orbiting the planet, scientists have urged governments to share data to reduce the risk of disastrous collisions. SpaceX has deployed nearly 1,900 satellites to serve its Starlink broadband network, and is planning to launch thousands more.

Before that, China mandated recalls of Tesla vehicles over quality defects, and the Chinese government restricted the use of Teslas by some state and military personnel citing security concerns.

But Tesla has also helped Beijing demonstrate that it is open to foreign businesses, and that a foreign company can thrive in its relatively closed market.

In 2019, when Musk broke ground on Tesla’s Shanghai factory, the CEO said, “Somebody who joins today as a junior engineer in Tesla China could one day be CEO of Tesla worldwide…They could have my job one day maybe.”

In July 2020, Musk posted on Twitter that “China rocks” while the U.S. is full of “complacency and entitlement.”