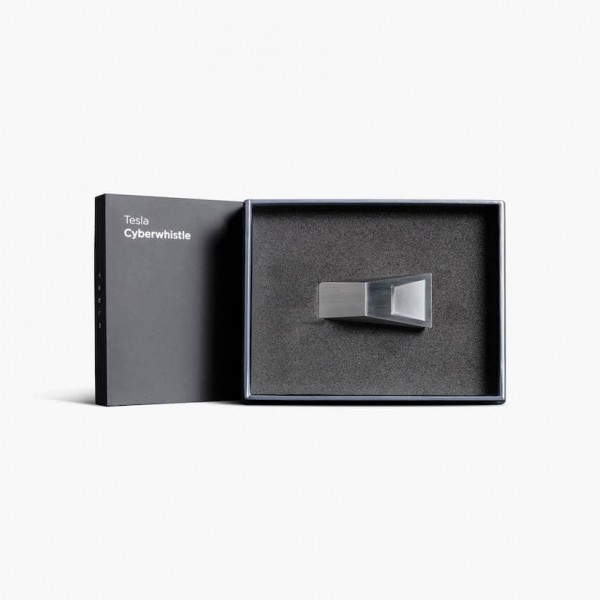 ‘Tesla Cyberwhistle’ is the Closest to the Cybertruck This 2021

‘Tesla Cyberwhistle’ is the Closest to the Cybertruck This 2021

Tesla Whistle is a device that has the design of the Cybertruck, with it being the closest that people can buy of the electric pickup truck this 2021, as teased by the company. The device is a whistle, the one that makes noise when air is blown into it, with CEO Elon Musk teasing that people should buy this one instead of the Apple Cloth for devices.

Tesla Whistle: What is It, And Why It Looks Like the Cybertruck

Heads up, Tesla fans, there is a Cyberwhistle device that the clean energy company is selling now, and it is a take by the EV manufacturer in bringing excitement over to the Cybertruck that is highly anticipated.

The Tesla Cyberwhistle is a whistle that makes a noise when one blows into it, but what made it special is the stainless steel body that captures the design of the Cybertruck’s front-to-backend. It may be the perfect keychain or dangling accessory from one’s dashboard when receiving the electric pickup for when it releases.

But for now, this Cyberwhistle is the closest that people would have regarding the fully-electric pickup truck that was made by Tesla.

According to Tesla CEO Elon Musk, people should not waste their money in buying the “Apple Cloth,” an accessory that is intended to clean the screen of a MacBook and other Apple devices which have sensitive displays. Instead, people should buy the Tesla Cyberwhistle which has a purpose and function, having a mini Cybertruck on one’s han 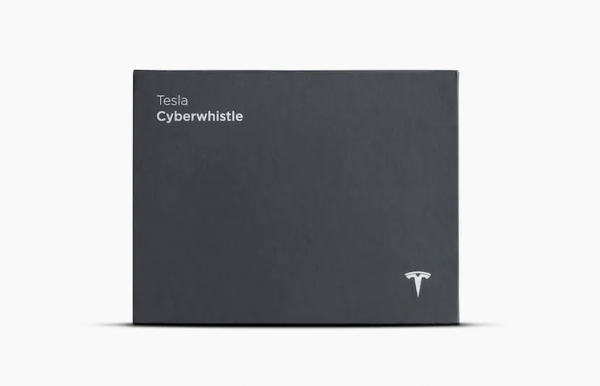 Tesla and its 2021 Releases: Recap

Tesla has been massive in 2021 with its releases and many offers that the company has focused on to showcase the world of its electric vehicle and clean energy campaign. One of the top releases this 2021 is the refreshed Model S and Model X, which have also been involved in the safety issue of tearing airbags when deployed during accidents.

On the other hand, another one of the releases of the company is the popular Tesla Model S Plaid edition, bringing a better-performing vehicle that is focused on performance and better range for the user. Of course, that is not complete without the popular “Yoke” steering wheel which has a better view of the display and road, instead of the round one.

The clean energy and EV manufacturing company had a massive year for them, being Elon Musk’s stepping stone to being closed as the world’s top and a first trillionaire. However, the focus of Musk and Tesla remains the same and that is to bring its tech and innovations to the world for people to enjoy, even if it is as small as the Tesla Whistle that resembles the Cybertruck.