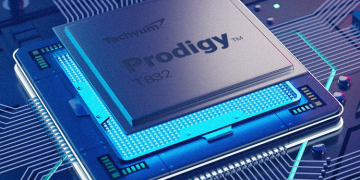 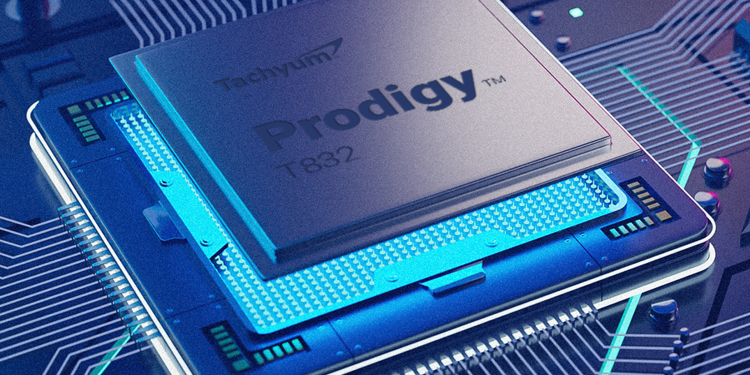 Tachyum today launched the world’s first universal processor, Prodigy, which unifies the functionality of a CPU, GPU and TPU in a single processor, creating a homogeneous architecture, while delivering massive performance improvements at a cost many times less than competing products.

After the company undertook its mission to conquer the processor performance plateau in nanometer-class chips and the systems they power, Tachyum has succeeded by launching its first commercial product. The Prodigy Cloud/AI/HPC supercomputer processor chip offers 4x the performance of the fastest Xeon, has 3x more raw performance than NVIDIA’s H100 on HPC and has 6x more raw performance on AI training and inference workloads, and up to 10x performance at the same power. Prodigy is poised to overcome the challenges of increasing data center power consumption, low server utilization and stalled performance scaling.

Among the highlights of the newly launched Prodigy processor are:

Unlike other CPU and GPU solutions, Tachyum’s Prodigy was designed to handle matrix and vector processing from the ground up, rather than as an afterthought. Among Prodigy’s vector and matrix features are support for a range of data types (FP64, FP32, TF32, BF16, Int8, FP8 and TAI); 2×1024-bit vector units per core; AI sparsity and super-sparsity support; and no penalty for misaligned vector loads or stores when crossing cache lines. This built-in support offers high performance for AI training and inference workloads, increases performance and reduces memory utilization.

Prodigy is significantly better than the best-performing processors currently available in hyperscale, HPC and AI markets. Prodigy delivers up to 3x the performance of the highest-performing x86 processors for cloud workloads, up to 3x compared to the highest-performing GPUs for HPC, and up to 6x for AI applications. By increasing performance while using less power, Prodigy solves the problem of sustainable data center growth by offering unparalleled carbon footprint reduction. This is especially important as the universality of AI continues to gain traction: Prodigy will enable unprecedented data center TCO savings as part of this new-world market.

“We have long believed in our ability to overcome Moore’s Law to transform hyperscale data centers into true universal computing centers. With the launch of Prodigy, we have begun the revolution,” said Dr. Radoslav Danilak, founder and CEO of Tachyum. “Prodigy’s ability to enable human brain-scale AI while simultaneously reducing data center power consumption and lowering the TCO of hyperscale data centers and supercomputer systems, is a breakthrough for a projected $100 billion industry. By launching Prodigy, we are advancing not only the state of technology but making the world a greener place as well.”

Sampling for Prodigy will begin later this year with volume production taking place in the first half of 2023. Tachyum’s Prodigy family includes eight products, ranging from the 128-core HPC/AI at the high end to a 32-core lowest-power version, to address a wide range of markets, including cloud, supercomputing, Big AI and edge. Early engagement customers wishing to see how Prodigy will benefit them can order an evaluation platform by contacting Tachyum at https://www.tachyum.com/contact/