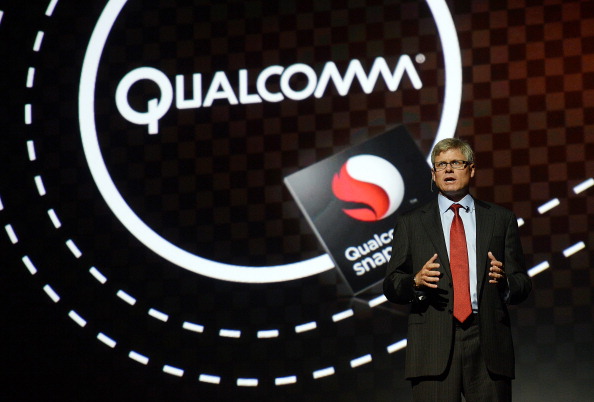 Snapdragon 8 Gen 1 is reportedly powering up to three upcoming ZTE flagship smartphones, as per a leak online, linking the devices of the Chinese phone maker to the upcoming chip of Qualcomm.

Qualcomm President and COO Steve Mollenkopf takes part in a ceremony to unveil LG’s new smart phone, the LG G2, during a global launch event in New York, August 7, 2013. The G2 is the first globally available handset to boast Qualcomm’s lightning-quick Snapdragon 800 processor for all models and providers, and also sports a 13-megapixel camera, runs Android 4.2.2, has a vivid 1080p HD display and last, uncommonly, its volume and power buttons are located on the phone’s back side. AFP PHOTO/Emmanuel Dunand

It comes shortly after other smartphone manufacturers, such as Motorola and Xiaomi, were also seen to be working on to sport the new chip from Qualcomm in previous sightings.

What’s more, Xiaomi is also expected to debut the Snapdragon 8 for its upcoming smartphone launch this December.

As per the report by GizmoChina, a leak showing a code that includes the future smartphones of the Chinese phone maker, ZTE, suggests that its upcoming devices will feature the upcoming Snapdragon 8 Gen 1 chip.

The ZTE logo is seen on a building in Beijing on May 2, 2018. – The first salvos in the budding US-China trade conflict struck old school sectors such as steel and agriculture, but Beijing is now bracing for moves against its strategic ambition of becoming a global hi-tech behemoth.

The sighting further specified the gaming-focused smartphone offerings of the Chinese tech giant, that goes by the branding moniker of Nubia, including the Red Magic 7, Nubia Z40, Red Magic 7 Pro, and another rumored phone, M2 Play.

All of these smartphone phones in the said leak are expected to sport the latest chip from Qualcomm, the Snapdragon 8 Gen 1.

It is worth noting that the giant chip maker, Qualcomm, has yet to officially unveil further details about its upcoming flagship mobile processor, the Snapdragon 8 Gen 1.

To be precise, the chipmaker is set to announce additional details about the Snapdragon 8 in an event on Nov. 30.

The latest name of its upcoming chip has notably been simplified, which lessens the numbers into a single digit instead of the three digits that its predecessors used to carry.

However, technically there are still two numbers found on its name with the “Gen 1” additional identifier.

Meanwhile, even before Qualcomm officially launches its latest processor, the results of its benchmark have already leaked online.

According to the news story by GizChina, the AnTuTu score of the Snapdragon 8 garnered 1,025,215 points, exceeding the score of its rival Dimensity 9000 by 17,819 points.

That said, the Snapdragon 8 is by far the most powerful mobile processor for Android phones if the leaked benchmark test is to be believed.

Elsewhere, NDTV Gadgets reported that a leak of the upcoming Xiaomi 12 suggested that the next flagship smartphone from the Chinese tech giant is expected to be the first device to flaunt the Snapdragon 8.

The Xiaomi 12 is expected to launch in a few days from now, or on Dec 12 to be precise, along with the debut of the Snapdragon 8 Gen 1.