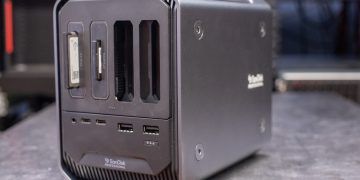 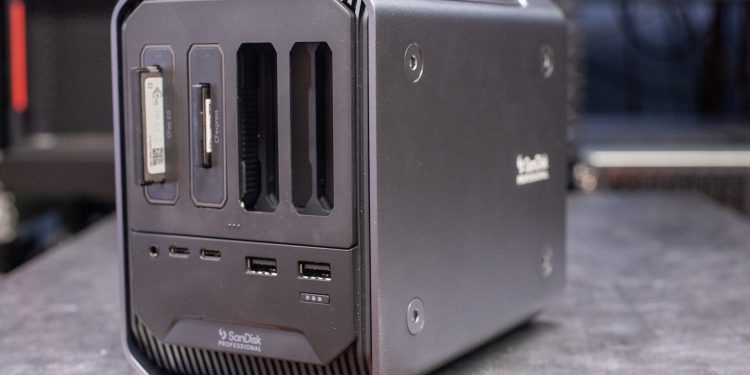 The SanDisk PRO-DOCK is especially great for Apple notebook users who are limited by ports. With the SanDisk PRO-DOCK, users are also able to power a MacBook along with establishing another screen through the DisplayPort connection on the rear. Plugging this into a Windows device is also very similar as all it takes is a Thunderbolt connection and users are able to see everything that is connected or plugged in via the media slots.

For Mac OS, SanDisk provides the drivers and even a utility feature that allows you to control the light brightness and a few other things. For Windows, users do miss out on the utility for fan and temperature monitoring and there’s no driver bundle. This led to a mixed experience, with many notebooks in our lab not supporting the dock at all. It’s seemingly hit or miss which Windows notebooks work with the dock out of the box. For example, none of our Lenovo ThinkPad review units saw the network driver or power from the dock, while one HP Zbook instantly recognized it fully and worked without issue but another Zbook did not.

The SanDisk PRO-DOCK 4-Bay Thunderbolt 3 Docking Station is currently running at $489.99 on both Amazon and from Western Digitial. The PRO-DOCK is also backed by a 3-year limited warranty.