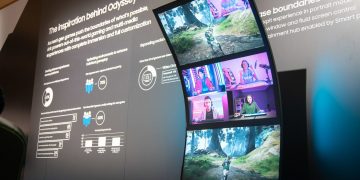 No word on how much this 4K monster will cost 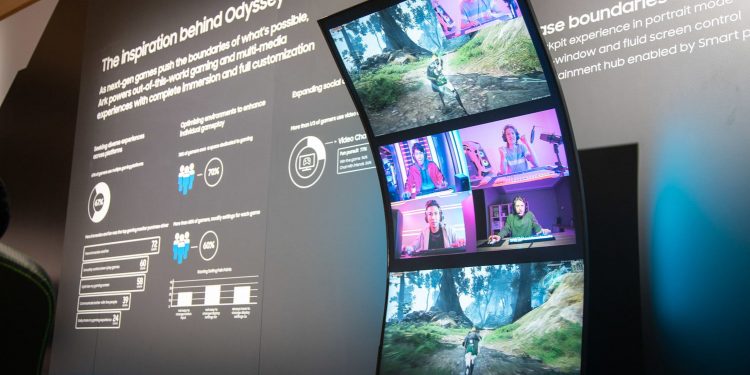 Samsung showed off another of its Odyssey gaming monitors at CES yesterday, one that falls into the category of unconventional. Not only does the Odyssey Ark measure a TV-like 55-inches, but it also has a massive curve and can be rotated into portrait mode.

Samsung grabbed gamers’ attention earlier this week when it revealed the 32-inch Odyssey Neo G8, the world’s first monitor to combine a 4K resolution with a blistering 240Hz refresh rate. With the Odyssey Ark, another 4K display, Samsung didn’t reveal the refresh rate or other specs, but it does have a few features that set it apart from the pack.

The most noticeable element of this monitor is that it’s massive: an outrageous 55-inches, making it the size of many standard television sets. Samsung says the 16:9 display’s “multi-view” feature uses an “adaptable screen size to fit the game or the program without compromising its 4K display and bright, colorful images.” It also comes with a dial controller for managing the lighting and the interface.

The monitor has what looks like a pretty extreme curve—Samsung didn’t reveal the radius (R). The 49-inch Odyssey Neo G9 has a 1000R curve, so we could be looking at the same thing here. 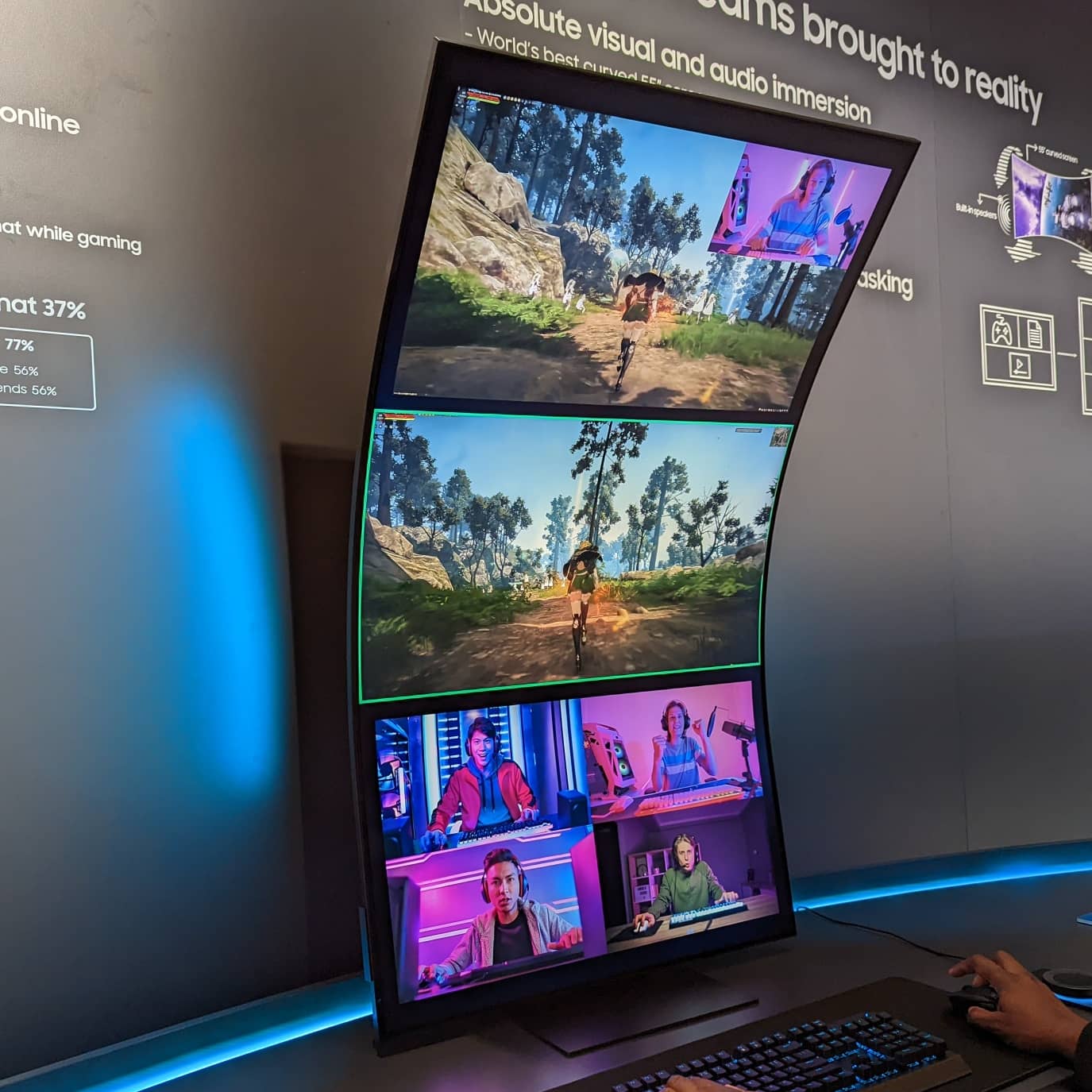 But the most interesting feature in the Odyssey Ark is its ability to swivel into portrait mode. It’s a feature available in plenty of monitors, but not something you’d expect to find in one measuring 55-inches and with such an aggressive curve. Samsung says it gives users a “cockpit-style” view to “[offer] a new gaming experience.” Tim Schofield shows how this orientation can be used for multitasking with games, streams, and videos open simultaneously—or you could just have the world’s longest Twitter feed on your display.

No word on the Odyssey Ark’s availability or price. The Odyssey Neo G9 has a $2,500 MSRP, so expect this one to carry a hefty price tag. 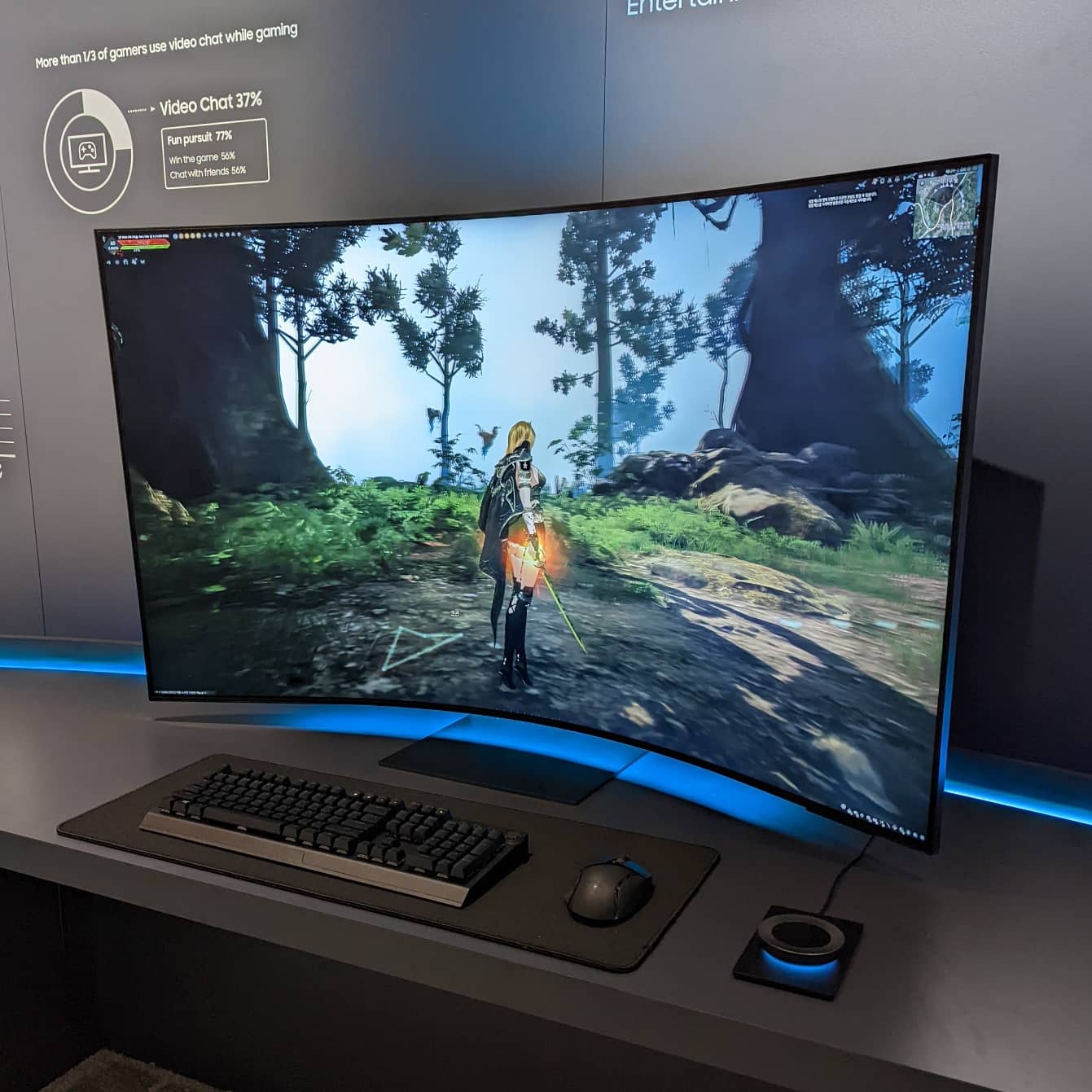