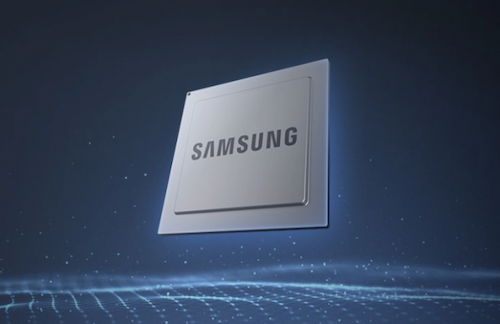 Samsung: Chip Manufacturing Plant in Texas to Soon be Built, Costs at $17b for Establishing Factory

Samsung: Chip Manufacturing Plant in Texas to Soon be Built, Costs at $17b for Establishing Factory

Samsung was reportedly looking into building a chip manufacturing plant in Texas, and this venture alone costs the company $17 billion to create the factory that would bring their answer to chip shortage. The world is known for its massive lack of semiconductors now and it is because of production issues and demand that are high for electronic devices now.

The Wall Street Journal has reported that Samsung is now looking into Texas for its next plant to manufacture semiconductors that the company would use for its devices and other ventures. There have also been reports that point to Taylor, Texas to be the place where they would set up shop, focusing on a massive venture for the locals.

The massive plant of Samsung will be at around $17 billion to create, and it was said to open up with 1,800 jobs that would focus on creating chips for the tech brand. The reports also say that it would be completed in more than two years, and would start manufacturing by 2024 to bring forth the plant’s massive production of the chips.

There were no specific focuses of the Samsung chip manufacturing plant that would be intended for the devices of the South Korean multi-tech conglomerate, but it would surely be intended for its devices. It has chips for most of its tech including smartphones, smartwatches, tablets, smart TVs, air conditioners, refrigerators, and many more that would benefit from its production.

Samsung is known to be focusing itself on the chip manufacturing side of its gadgets, aligning its products like the Exynos to its modern releases of smartphones that bring the latest of what they have to offer. This has been a long venture of the South Korean gadgets giant, something that has made the company popular and known to many.

The likes of Samsung, Tesla, Apple, Google, and other companies have also looked into making their chips that help in alleviating the concerns of chip shortages going around in the tech industry now. Other companies like Sony are also looking into producing their own, especially amidst the problems it has now with producing units of the PS5.

The new plant for Samsung will not be the first facility it has for chip manufacturing but it would surely help the production of the company regarding the availability of new semiconductors to answer the shortage problems. The reports are strong and are focusing on the venture of Samsung, but it remains unknown if it is something that the South Korean giant has not yet confirmed directly, but was said to be revealed soon by the Texas state government.