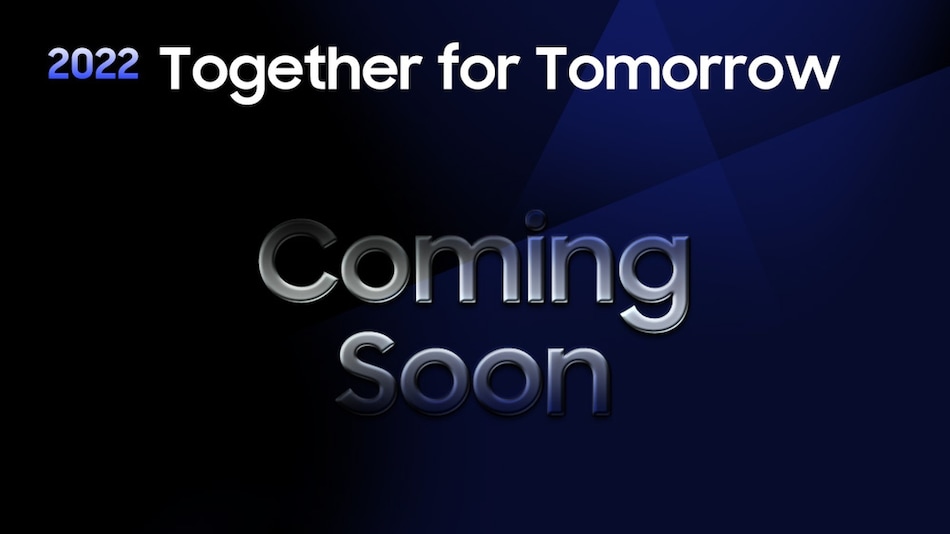 Samsung has announced that it will hold a keynote event during the 2022 edition of the Consumer Electronics Show (CES). The consumer expo has not been held physically for the past two editions owing to COVID-19 pandemic-induced lockdowns. The Samsung keynote will be held under the theme ‘Together for Tomorrow.’ However, Samsung has not yet announced which products it will unveil during its keynote at CES 2022. Reports suggest that the South Korean tech giant may showcase the Samsung Galaxy S21 Fan Edition (FE) during the expo.

The announcement for the CES 2022 keynote was made through a post on Samsung newsroom. The keynote will be held in Las Vegas on January 4 at 6:30pm PT (8am IST on January 5). It will also be livestreamed on Samsung Newsroom and the official the company’s official YouTube channel. The theme for the keynote, as mentioned earlier, is ‘Together for Tomorrow’ that underlines the idea that ‘technology should exist for humanity and the Earth.’

“Samsung is set to introduce its multifaceted efforts to contribute to making life on Earth more sustainable, and emphasise the need for everyone to participate in reducing climate change wherever they may be,” reads the press release. Furthermore, Samsung has also mentioned that it will be introducing “latest innovative technologies to help users enjoy even more enriched lifestyles based on optimised, customised service for each and every person, along with enhanced experiences of being connected to one another.”

If the rumours are to be believed, Samsung will announce the Galaxy S21 FE smartphone during the year’s biggest electronics show in Las Vegas next month. SamMobile reports that the South Korean tech giant may also showcase MicroLED, MiniLED, and QD-LED TV models at CES. Alongside these, Samsung could also debut some Galaxy A-series smartphones.