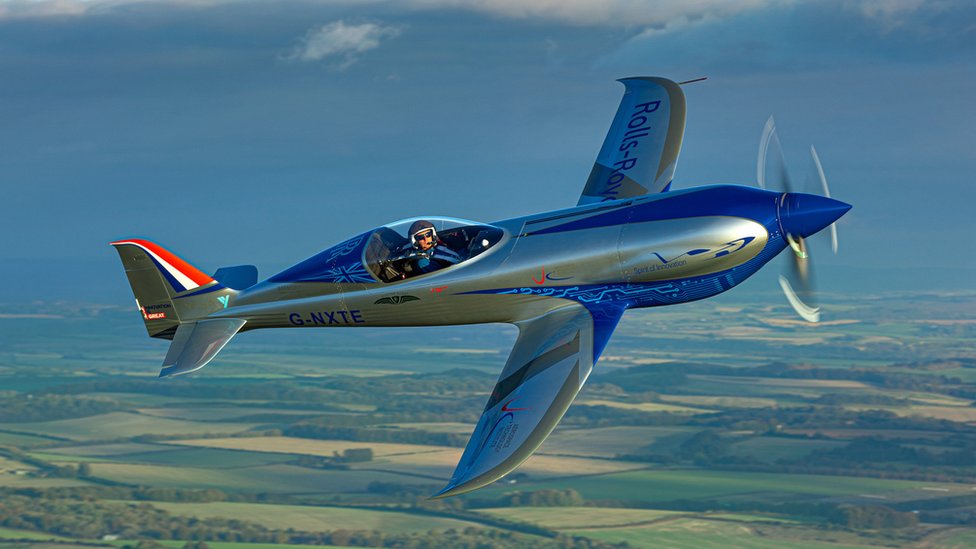 During its record-breaking runs, the ‘Spirit of Innovation’ recorded a maximum speed of 623 km/h (387.4 mph), which Rolls Royce believe makes it the world’s fastest all-electric vehicle.

The Fédération Aéronautique Internationale (FAI) – the World Air Sports Federation who control and certify world aeronautical and astronautical records – have confirmed that the data submitted to them confirms that at 15:45 (GMT) on 16 November 2021, the aircraft reached a top speed of 555.9 km/h (345.4 mph) over 3 kilometres, smashing the existing record by 213.04 km/h (132mph).

Conducted at th UK Ministry of Defence’s Boscombe Down experimental aircraft testing site, the aircraft achieved 532.1km/h (330 mph) over 15 kilometres – 292.8km/h (182mph) faster than the previous record – and broke the fastest time to climb to 3000 metres by 60 seconds with a time of 202 seconds, according to data from Rolls Royce.

The aviation leader hopes the FAI will certify and officially confirm the achievements of the team in the near future.

Speaking on the achievement, Warren East, CEO, Rolls-Royce, said: “Staking the claim for the all-electric world-speed record is a fantastic achievement for the ACCEL team and Rolls-Royce. I would like to thank our partners and especially Electroflight for their collaboration in achieving this pioneering breakthrough. The advanced battery and propulsion technology developed for this programme has exciting applications for the Advanced Air Mobility market. Following the world’s focus on the need for action at COP26,  this is another milestone that will help make ‘jet zero’ a reality and supports our ambitions to deliver the technology breakthroughs society needs to de-carbonise transport across air, land and sea.”

Rolls-Royce is no stranger to breakthroughs, with an incredible history of flying speed record attempts and breaking records, dating back to the Schneider Trophies of the early 1930s.

The previous record was set by the Siemens eAircraft powered Extra 330 LE Aerobatic aircraft in 2017, beating the old record by 132 mph.

Pilot Phill O’Dell enthused: “Flying the ‘Spirit of Innovation’ at these incredible speeds and believing we have broken the world-record for all-electric flight is a momentous occasion. This is the highlight of my career and is an incredible achievement for the whole team. The opportunity to be at the forefront of another pioneering chapter of Rolls-Royce’s story as we look to deliver the future of aviation is what dreams are made of.”

The company is aiming to have all its products compatible with net zero by 2050.