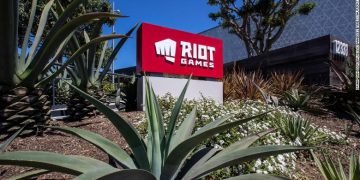 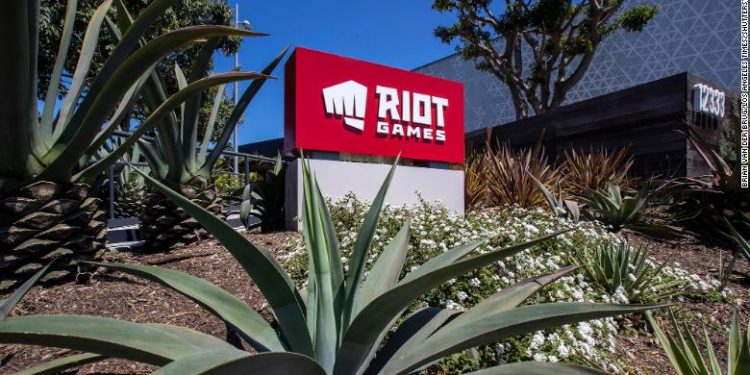 Tencent Holdings’ Riot Games on Monday said it has agreed to pay $100 million to settle a 2018 gender-based discrimination class-action lawsuit with California state agencies and current and former women employees.

The company said it will pay $80 million to the members of the class-action suit, comprising all current and former full-time women employees and temporary agency contractors in California who worked from November 2014 to present.
An additional $20 million will be paid towards attorneys’ fees and miscellaneous expenses, Riot Games said in a statement. Other stipulations of the agreement include Riot funding a diversity and inclusion program, job assignments to be conducted by a third party and an audit of workplace investigations.
“In an effort to drive ongoing transparency and accountability, Riot has also committed to having its internal reporting and pay equity processes monitored by a third party jointly approved by Riot and the California Department of Fair Employment and Housing for three years,” the company said.
A final approval of the settlement by the court is pending, with a hearing expected in the coming months, the statement added.
“Women have been demanding for years that employers end discrimination. We hope this settlement marks a turning point in the way allegations of sexual harassment and gender discrimination are treated in workplaces across California and beyond,” a spokesperson for the Department of Fair Employment and Housing told CNN Business.
The lawsuit was filed in November 2018 by now-former employees Melanie McCracken and Jess Negrón, alleging gender discrimination as well as sexual harassment and misconduct at Riot Games. McCracken settled her claims separately from the class-action lawsuit.
The lawsuit was filed three months after gaming publication Kotaku published an investigationinto an alleged culture of sexism at Riot Games. After this story was published, Riot posted a blog post apologizing for the reported misconduct.
“We’re sorry that Riot hasn’t always been—or wasn’t—the place we promised you. And we’re sorry it took so long for us to hear you,” the August 2018 post read. “In the days, weeks, months, years to come, we’re going to make Riot a place we can all be proud of,”
Riot, maker of mega-popular games like League of Legends and Valorant, was initially set to settle with plaintiffs for $10 million in 2019, but two California employment agencies — the California Department of Fair Employment and Housing (DFEH) and the Division of Labor Standards Enforcement (DLSE) — intervened, arguing the amount was not sufficient. A counter settlement was then argued on behalf of the over 2,300 women who joined the suit.
“Three years ago, Riot was at the heart of what became a reckoning in our industry. We had to face the fact that despite our best intentions, we hadn’t always lived up to our values. As a company we stood at a crossroads; we could deny the shortcomings of our culture, or we could apologize, correct course, and build a better Riot. We chose the latter,” Riot Games said in a statement. “While we’re proud of how far we’ve come since 2018, we must also take responsibility for the past. We hope that this settlement properly acknowledges those who had negative experiences at Riot and demonstrates our desire to lead by example in bringing more accountability and equality to the games industry.”
“I am so glad we achieved this first step toward justice for the women of Riot Games,” said Negron. “I hope this case serves as an example for other studios and an inspiration for women in the industry at large. Women in gaming do not have to suffer inequity and harassment in silence — change is possible.”
Riot CEO Nicolo Laurent and Riot Games face a separate lawsuit filed in Jan. 2021 by Laurent’s former executive assistant Sharon O’Donnell. The suit alleges O’Donnell was subjected to sexual harassment. The case is still pending, though a committee created by Riot’s board of directors said in March that after viewing the results of an investigation by an outside law firm that it found no evidence to support the claims.
Source: Jennifer Korn
Via: Reuters
Tags: DiscriminationlawsuitRiot Games
ShareTweetShare
Plugin Install : Subscribe Push Notification need OneSignal plugin to be installed.