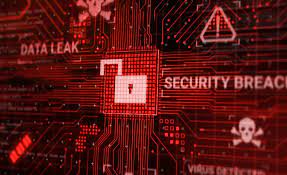 Ransomware Hogs the Spotlight, but It’s Not the Only Malware to Watch Out For

Ransomware Hogs the Spotlight, but It’s Not the Only Malware to Watch Out For

When it comes to cyber threats, ransomware undoubtedly gets the spotlight – and for a good reason, given that we’ve seen a 10-fold increase in ransomware in the past year. But it’s certainly not the only thing organizations need to watch out for. Ransomware is just one subset of malware, for instance. During the first half of 2021, FortiGuard Labs researchers saw a rise in deceptive social engineering JavaScript-based malvertising and scareware, such as Cryxos.

One of the significant changes during this time frame is a trend in malvertising and scareware. Both are typically associated with fake notifications pretending to be, for example, the Microsoft tech support team. In a typical scenario, users receive some message (e.g., a browser pop-up) stating their device has been infected or hacked. The user is then urged to contact (and pay) support staff and/or grant remote access for help fixing the issue.

Overall, FortiGuard Labs found that more than one in four organizations detected malvertising or scareware attempts during the first half of 2021. It’s not a new tactic, nor is it the most dangerous form/function of malware. However, it is increasing, primarily due to remote work. With the vast increase of those working outside the traditionally more secure confines of the corporate perimeter and deprived of the convenience of being present with IT staff in the office, workers are more on their own than ever before. This is yet another example of how cyber-criminals are adapting existing tools to exploit changing conditions.

Looking deeper into what vectors bad actors are using, our observations can essentially be divided into two broad distribution mechanisms: Microsoft platforms and web browsers. The Microsoft platforms group includes malware in the form of 32-bit Windows executables (W32), malicious Office or Visual Basic (VBA) files; they use a .NET or Microsoft Intermediate Language (MSIL) packer.

Malware families exploiting web browsers often get assigned the HTML or JavaScript (JS) prefix. This includes phishing lures and scripts that are malware-infected and inject code or send users to malicious sites. Techniques like these have risen in popularity recently as a method to exploit peoples’ desire for news and information during the pandemic and the simultaneous transition to working from home, beyond corporate web filters.

How the Bad Actors Are Using Malware

The FortiGuard Labs research team also dug into the functionality of the different malware families, which is done by detonating the malware and observing what it’s attempting to do. We looked at the different tactics, techniques and procedures (TTPs), based on the MITRE ATT&CK knowledge base, to essentially pull out “a list of all of the unpleasant things malware samples would have done if they’d successfully executed payloads in the target environment.”

Among our findings were that 55% of observed privilege escalation functionality used hooking, and 40% used process injection. When it comes to lateral movement – which consists of techniques that adversaries use to enter and control remote systems on a network – 77% involvedreplication through removable media.

This information tells us there’s a significant emphasis on defense evasion and privilege escalation tactics. None of these techniques are new, but some require deep instrumentation at the kernel level to understand how the malicious process interacts with and requests resources from the operating system’s core. Ensuring an inspection point between these interactions is pivotal for intercepting advanced threats that would likely sneak by traditional defenses (as happens in attacks such as ProxyLogon).

Advanced persistent threat (APT) actors are increasingly using zero-days to infiltrate networks, and so are cyber-criminals, which is a trend change. They are now often focused on more targeted attacks with deep funding, just like APT groups. So then, the ability to observe this functionality – before it can impact a production system – and trigger mitigation through security integration is more important than ever to prevent them from advancing through stages of the kill chain. Doing that successfully is a lot easier when you know which specific techniques threat actors use most often and can use that knowledge to build a threat-informed defense.

Rise Above the Fray

Malvertising and scareware are on the rise, injecting their evil plans into your employees’ networks – and, therefore, your company’s. The tactics, techniques and procedures of malicious actors continue to shift and evolve; having a holistic security framework in place will help you see what’s afoot and respond with rapid mitigation. Collaborating with other companies, industry organizations and law enforcement helps share the wealth of information and will lessen the sting of today’s TTPs. No entity can do this completely alone. Keeping up with the increasing number of cyber-attacks requires that the private and public sectors work together to develop a new approach to cyber defense.