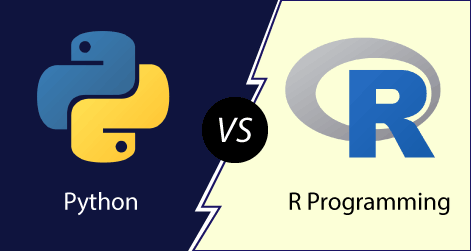 R Vs Python: Battle in the field of Data Science

R Vs Python: Battle in the field of Data Science

With the emergence of the era of Big Data, frameworks like Hadoop arose and the focus of the enterprise shifted to which was processing this data. This is where data science came into the picture.

For any company that wishes their enterprise to be more data-driven, data science is their primary key to success. The professionals with data science skills are highly sought after these days and basically consists of three main components i.e. organizing, packaging and delivering the data (OPD of data). Now let us have a look at what happens during these three stages.

In the war of Data Science tools, both R and Python have their own sets of pros and cons. Selecting one over the other should be done on the basis of certain criteria or attributes:

Also, both languages cannot be differentiated on the basis of data handling abilities, as both R and Python have good data handling abilities and options for parallel computations. Python possesses numerous Big Data frameworks like Feather (which enhances fast reading and writing of data), Ibis (which integrates with the rest of the Python ecosystem), ParaText (which integrates with Pandas: paratext.load_csv_to_pandas(“data.csv”)).

Advancements are quick both in R and Python as both are open-source languages. Since R has been used in the academics for a very long time, the development is very fast in this field and since Python has an open contribution it will be having more advancements in comparison to R. In Data Science, Python’s flexibility and combination of specialised Machine Learning libraries (like Skikit-learn (that holds some 150000-160000 unique visitors per month), Pybrain,etc) plug directly into the production system.

R has recently added support in the form of basic packages that are still in progression. The KerasR is a package that act as an interface to the original Python package, Keras. Python, on the other hand, is rich with numerous packages such as Keras and Tensorflow.

In the simplest or layman language, data science is the grow-up version of a kid whose curiosity knows no bounds and can never let go of the question ‘why’. So basically every data scientist is a combination of many blends.

Although both the languages have their own share of benefits, we can clearly see that bending towards Python and it has become an obvious choice for startups because of its unique and attractive features that support Data Science. So are you planning to opt for the job of a Data Scientist? Get started with Python!