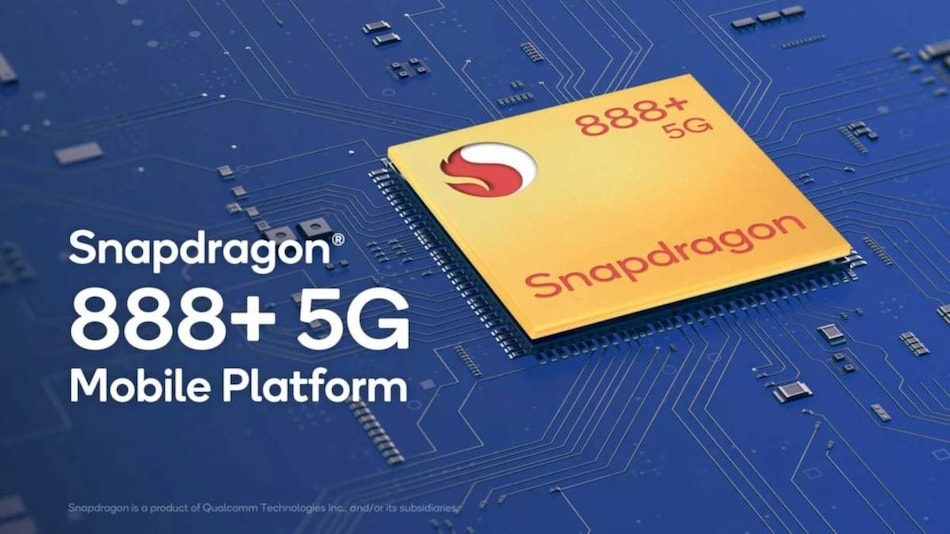 Qualcomm’s Snapdragon 888 Plus will speed up gaming, AI in high-end 5G phones

Qualcomm’s Snapdragon 888 Plus will speed up gaming, AI in high-end 5G phones

Phones are getting a speed boost. Qualcomm on Monday unveiled its newest, highest-end smartphone processor, the Snapdragon 888 Plus. The chipset supercharges the Snapdragon 888, which arrived earlier this year in premium phones like the Samsung Galaxy S21.

Qualcomm increased the clock speed on the Snapdragon 888 Plus’s CPU — the brains of the chipset — to 3GHz from 2.84GHz in the Snapdragon 888. The improvement will let phone users better complete intensive tasks, like streaming video and playing games. And Qualcomm also boosted the artificial intelligence capabilities by over 20%, making video calls and entertainment more immersive.

Device makers are working on more than 130 designs using the Snapdragon 888 and 888 Plus, Qualcomm said. The 888 Plus will be in devices starting in the third quarter.

While MWC is proceeding in person in Barcelona this week, most major companies have opted to participate virtually instead of sending employees to Spain. That includes Qualcomm, as well as Samsung, Google and Ericsson. 5G is expected to be a major topic at the conference, with typically gathers executives from handset designers, chipmakers, networking providers, app and software designers and various other mobile-focused companies.

The continued advance of 5G is more critical than ever now that the coronavirus has radically changed our world. The next-generation cellular technology, which boasts anywhere from 10 to 100 times the speed of 4G and rapid-fire responsiveness, could improve everything from simple video conferencing to telemedicine and advanced augmented and virtual reality. In the US, few phones have hit the market this year without 5G, and the ultra-fast, millimeter-wave version has come standard in devices like Apple’s iPhone 12 lineup. While many consumers now have 5G phones, there still isn’t yet the “killer app” that shows consumers what the connectivity can really do.

Amon spent much of his MWC keynote, which Qualcomm showed reporters ahead of the conference, talking about Qualcomm’s efforts to push 5G beyond the phone. The company’s cellular technology is now used in PCs, cars, smart internet of things devices, fixed wireless products and infrastructure to power 5G networks.

“Qualcomm is really … executing on the opportunity that we have now for our technology to go beyond mobile,” Amon said during a meeting with reporters ahead of MWC.

Along with the Snapdragon 888 Plus, Qualcomm unveiled its second-generation 5G RAN platform for small cells. The technology will expand mmWave to more places indoors and outdoors, as well as new locations around the globe. And it also will introduce new lower band 5G capabilities with small cell densification in public and private networks. Qualcomm’s new 5G DU X100 Accelerator Card will let operators and infrastructure vendors take advantage of high performance, low latency and power efficient 5G.

When it comes to phones, Qualcomm said more than 35 operators and device makers across the globe have committed to supporting mmWave. The technology has super-fast speeds, but it’s not as reliable as mid- and low-band versions of 5G. It can only travel short distances and is blocked by trees, windows and other items.

Verizon has been mmWave’s biggest proponent while virtually all other carriers across the globe have favored slower but more reliable versions of 5G. Even in the US, mmWave is only in dense parts of cities or in venues like sports arenas. But mmWave’s footprint should improve, Qualcomm said.

“5G mmWave is many times perceived as a technology that’s very US centric,” Ignacio Contreras, Qualcomm senior director of product marketing, said during a meeting with reporters ahead of MWC. “But if you look at the composition of these companies explicitly that are stating their support … this is anything but a US-centric picture.”

The connectivity will be in China, Europe, Japan, Korea, North America and South East Asia, Qualcomm said. China Unicom plans to roll out mmWave for the 2022 Winter Olympics in Beijing, while Oppo said it plans to launch 5G mmWave devices “in the near future,” possibly as soon as next year, Contreras said.