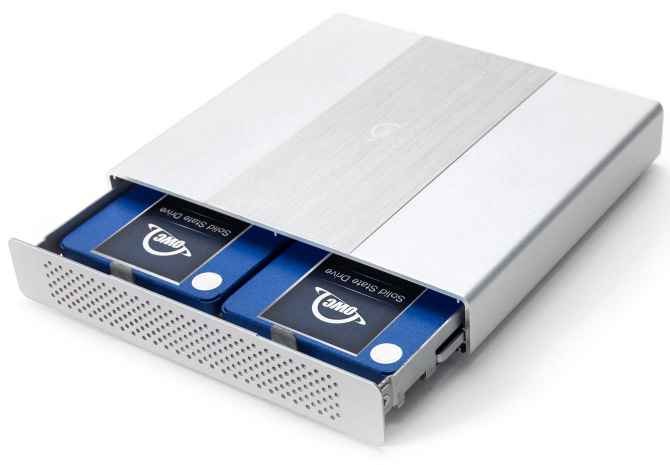 Introduced over a decade ago to emulate its  desktop sized Mercury Elite Pro ‘sibling,’ iti has earned a reputation of offering portable storage performance.

It gives creative pros, small office/home office users, students, and families the speed and connectivity of a USB-C 10Gb/s interface and up to 4TB of storage capacity and 542MB/s performance speeds. The included USB-C cable with tethered USB-A adapter lets plug into nearly anything, anywhere. Connect it to past, present, and future Macs and PCs and iOS, Android, and Chrome OS devices. It is bus-powered so that you can free yourself from power adapter limitations. Cut the cord and take performance storage where you need it from the desktop to a mountaintop.

The system isn’t just all work and no play. Besides saving and backing up computer data or functioning as a workhorse drive on set or in the edit suite, use it to watch videos, listen to music, and view pictures through your gaming console or directly attached to your Smart TV.

As a console gamer, you know you can never have enough storage space. Whether you have an 8-gen PS4 or Xbox One or the latest PS5 or Xbox Series X/S console, the Mercury Elite Pro Mini lets you spend more time going for the win and less time worrying about storage limits. Run backward compatible PS4 and Xbox One games directly from it to maximize your new console’s precious internal storage for the latest titles. You can also store PS5 and Xbox Series X/S games on the Mercury Elite Pro Mini and transfer them faster than re-downloading to your console when you want to get your game on.