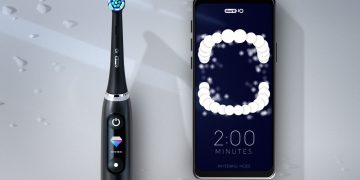 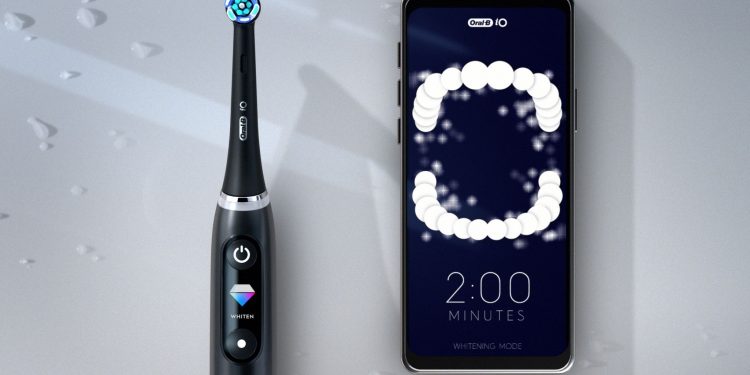 Oral-B’s iO has marked itself out as the smartest and fanciest of all the fancy smart electric toothbrushes on the market. With a pressure sensor, OLED display and smartphone coaching, the iO Series 9 is, or was, the most luxurious way to clean your teeth. Today, however, the company has decided to broaden out the range of iO toothbrushes with both an even higher-end flagship above, and some more affordable models.

The new flagship is the iO10 with iOSense, which the company is calling the “ultimate oral health coach,” which eliminates one of the biggest problems with the iO9. With the existing model, the pressure warning light — which tells you if you’re pressing too hard on your teeth — and countdown timer is on the brush itself. That makes it very hard to tell when you’re done unless you’re staring intently at yourself in a mirror.

The iO10, meanwhile, duplicates that information on its new beefier charging base, with a digital countdown timer, pressure warnings and even a ring of lights that correspond to the six areas of our mouths. That means you don’t have to open your phone every single time you brush in order to check all of your teeth are getting an equal amount of attention. Of course, it does mean that you’ll need to have your charger plugged in your bathroom at all times, which might be an issue for some.

There’s no price for the iO10 as it stands, just an invitation to sign up for the waitlist for whenever this particular product is available for sale.

At the same time, the company is launching the iO4 and iO5, which are scaled-down versions of the iO model for various budget buyers. Both come with the smart pressure sensor and the same high-end rotating head as the flagship. But the iO4 only has four brushing modes, and no digital display, while the iO5 has a fifth mode and the benefit of on-board AI and access to live coaching via the app. Those models will be priced at under $100, and will be made available nationwide at some point in 2022.