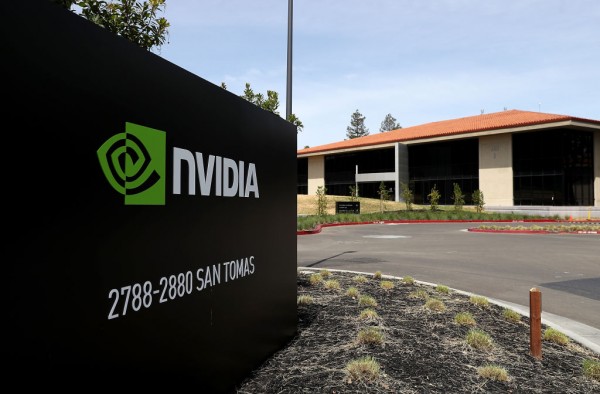 Nvidia witnessed a decrease in sales for its crypto mining processors (CMPs) following the Q3 revenue report. While the sales of chips for AI programs and data centers have increased, the company saw a downward record for its mining cards.

SANTA CLARA, CA – MAY 10: A sign is posted in front of the Nvidia headquarters on May 10, 2018 in Santa Clara, California. Nvidia Corporation will report first quarter earnings today after the closing bell.

According to CNBC on Tuesday, Nov.17, Nvidia’s dedicated GPUs for cryptocurrency have been widely used by miners to mine Ethereum. It was in March when the semiconductor manufacturer rolled out its cards that are intended for crypto enthusiasts.

On Wednesday, Nvidia said that the sales for CMP have met a sequential decline of 60% for the third quarter. Going towards the last quarter, the corporation anticipates the “very negligible” trend for its CMPs.

From the quarter beginning in August to October, the company witnessed a sudden downswing of $105 million from $266 million.

During the period of May, the CMP sales recorded $155 million. Nvidia said that the total revenue obtained from selling crypto mining processors accounted for $526 million.

The chipmaker announced during the earnings report that the combined sales for CMPs reach 50% every year. In a single quarter, Nvidia managed to collect $3.2 billion through marketing its cryptocurrency mining GPUs to PC companies and gamers.

In the same report, CNBC wrote that the scenario during 2018 and 2021 was different for Nvidia. The past years impacted Nvidia’s sales because of the decreasing prices of cryptocurrencies. This year, the processor manufacturer expected a rush in the demand for CMPs especially when the holiday season arrives.

In spring, Nvidia said that it would be creating crypto mining GPUs for gamers and not for industrial miners. According to a previous statement from CEO Jensen Huang, the company hopes to bring satisfaction among professional miners and gamers.

Amid chip shortage, Huang stated that the supply chain mess serves as a wake-up call to everyone.

“I think this whole last year was a wake-up call for everybody to be much more mindful about not taking the supply chain for granted, and we were fortunate to have such good partners. But nonetheless, we’ve secured our future.,” the tech boss added in a report by ZDNet.

Nvidia As Key Supplier of CMPs For Omniverse

With the arrival of Nvidia’s Omniverse in the scene, it could mean that the company is preparing to become a “key supplier” of other firms that are interested in creating a 3D world.

With regards to the crypto mining cards, Nvidia said that it has created software that would make them less suited for such a purpose. On Wednesday, Nov.18 that its GPUs will have Lite Hash Rate intended for “directing GeForce to gamers.”

Per Nvidia CFO Collete Kres, their graphics cards can serve crypto miners because of its functionality to mine. However, the company has no visibility yet to know the extent of the impact on overall GPU demand.