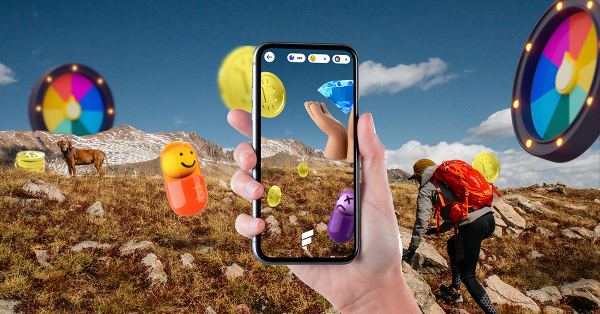 Niantic and a FinTech debit card company called “Fold” have debuted a new game called “Fold AR” and it is an augmented reality (AR) game that focuses on Bitcoin and cryptocurrency. The game is not an NFT title, rather a game that circulates on Bitcoin and earns the top cryptocurrency with its offering, giving people a chance to earn in the process.

Niantic and Fold are going into the world of “play-to-earn” titles with its newly debuted application called “Fold AR,” a Bitcoin-based game that can earn the top cryptocurrency and integrate augmented reality with it. The focus of the game is to go around the different places and complete challenges, something that would help in earning the top crypto coin.

According to Fold’s press release, the game highly resembles that of the popular game by Niantic that also focuses on AR, “Pokemon GO,” but instead of being a game about the Japanese creatures, it is with other elements. Moreover, the focus of the Bitcoin game is to integrate the real world into the online world, while earning in the process.

“Fold AR” is Niantic and Fold’s take on the metaverse, something that the company aims to also release soon, with the latest crypto-gaming app to be one of its focuses as well. The entry of Niantic to the metaverse is massive, especially as it focuses on debuting a new breed of the virtual world, going up against the likes of Meta’s Oculus.

People have now flocked to NFT games for a mix of gaming and entertainment in one, something that has been popular nowadays and the main source of earning for some people. Titles like Axie Infinity are among the most popular ones in the NFT gaming industry now, where it has been the games where people choose to spend their time on and build up their careers.

Most NFT games are play-to-earn, but there are not a lot of titles that are known for being cryptocurrency games yet as they are different from the other form of blockchain games. “Fold AR’s” focus is somehow different from the rest, especially as most known games involving crypto make use of the Ethereum blockchain, as standard in the industry.

Yet again, “Fold AR” is not an NFT game and is focused on going on an immersive adventure like “Pokemon GO” with regards to its high mix of digital and real-world content. The game is better enjoyed with the next-level integration that uses AR, something that makes it unique from available games now, as well as its focus on the top cryptocurrency.