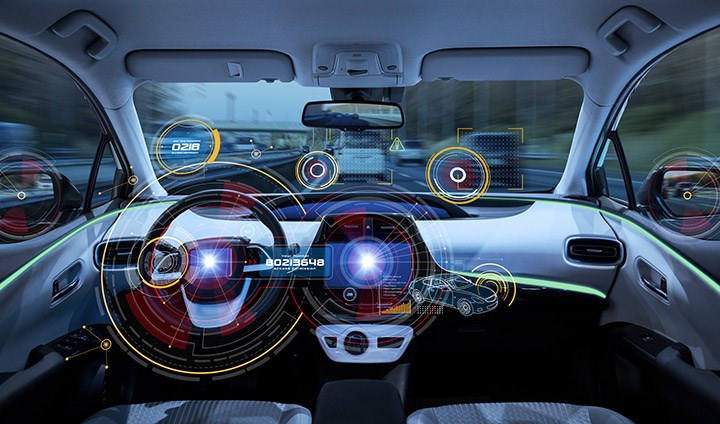 In traffic, humans are used to constantly anticipating what will happen next. This reasoning ability is something that today’s self-driving vehicles and AI systems in general are lacking. In a recent study, together with colleagues in Germany and India, Mehul Bhatt has shown that combining modern neural learning with common-sense reasoning can overcome some of the pitfalls ailing self-driving vehicles today. The study was published in the Artificial Intelligence journal (AIJ).

“The developed AI method results in self-driving vehicles learning to understand the world much like humans. With understanding also comes the ability to explain decisions,” says Mehul Bhatt.

“Our method lets a self-driving vehicle understand a course of events, in this case, that visibility is blocked by a car and that after the car has passed, the cyclist will be visible again. This level of understanding is essential for self-driving vehicles to be traffic-ready under different driving conditions and environments.”

Security is another significant advantage of developing AI technologies that see and understand the world as humans do. This new AI method enables autonomous vehicles to show why they have made a particular decision in traffic—such as sudden braking—something that today’s autonomous vehicles cannot.

Mehul Bhatt stresses, “It is of utmost importance that we do not have non-transparent technologies driving us around that no one fully understands, neither the developers of the AI, nor the manufacturer or engineers of the vehicles themselves. If self-driving cars are to share the same space as people, we need to understand how these cars are making decisions.”

This is also crucial, not the least in studying accidents, resolving insurance issues, and assisting those with special needs.

“Results from such human behavior studies are utilized to develop human-centered AI technology for self-driving vehicles that can perform at a level meeting human expectations,” explains Mehul Bhatt.

Influencing traffic of the future

The development of autonomous vehicles is in full swing, and according to Mehul Bhatt, now is the time to influence the future of smart mobility systems.

“I want to contribute to the development of autonomous vehicle technologies that safely and legally take us from point A to point B while also fulfilling accessibility requirements and societal norms. Since we’d never allow a human to drive a car without a driver’s license, I think we should put at least the same demands on autonomous vehicles,” concludes Mehul Bhatt.