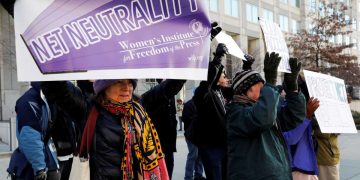 Net neutrality is poised for a comeback as Biden tries

Net neutrality is poised for a comeback as Biden tries 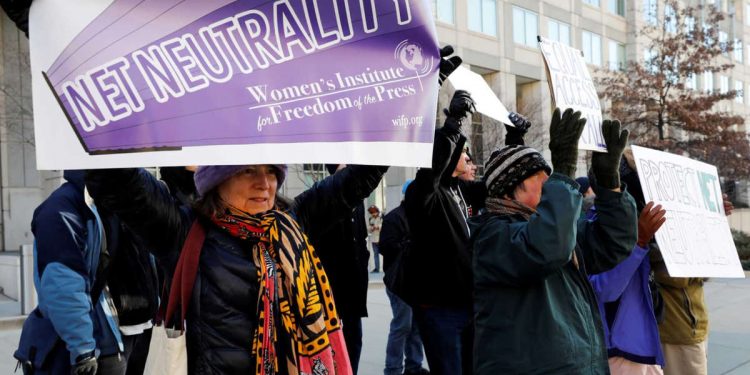 The next hot tech policy debate will be a familiar one to those who remember the last time Joe Biden had a job in the White House.

Net neutrality is making a comeback.

President Biden, who was vice president under Barack Obama when the Federal Communications Commission voted in favor of net neutrality in 2015, has made clear that, if he gets his way, the Trump administration’s efforts to unwind the rules won’t stand. He has a fight ahead of him.

Biden started by hiring Tim Wu, the person credited with popularizing the term net neutrality, to work on tech and competition at the National Economic Council. In July, he issued an executive order on competition, encouraging the FCC to consider rulemaking to reinstate net neutrality. The next order of business for Biden is to fill out the FCC according to his vision.

Jessica Rosenworcel, Biden’s pick to lead the agency, has already been confirmed by the Senate. But Republicans have signaled a testiness with the nomination of Gigi Sohn to join the five-member panel, seeking to cast her as a partisan figure. Sohn was a top aide to Tom Wheeler, the FCC chairman who oversaw net neutrality’s first implementation.

With Sohn’s confirmation now in the Senate’s hands, Biden is blazing a path that will make it harder for large internet service providers to exert their market control. The point of net neutrality is to force ISPs like AT&T, Verizon and Comcast to treat internet traffic equally and not discriminate by lowering speeds for some content. Comcast is the owner of NBCUniversal, the parent of CNBC.

The FCC, during the Obama administration, reclassified ISPs under Title II of the Communications Act of 1934, making them common carrier services that could be regulated as utilities and subject to price limits. ISPs opposed the rules, warning that tight regulation would thwart investments in innovation.

The rules were short-lived. Ajit Pai, who was FCC Chair under President Donald Trump, ushered through the repeal of Title II classification for ISPs beginning in 2017.

Now, opponents of net neutrality rules have a new weapon in their arsenal: real-world experience.

In the years since repeal, Republican lawmakers have argued, the doomsday scenarios haven’t played out. Web services from Netflix, Amazon and many others have continued to flourish.

“This is a time capsule from an entirely alternative universe,” said Jonathan Spalter, President and CEO of USTelecom, a group representing broadband providers including AT&T and Verizon. “It’s hardly a productive policy debate now that we’re 15 years on with it.”

Spalter said that to see how content providers are thriving, just look at “18 months of living through this Covid crisis and the massive increase in use of streaming, zooming, distance learning, digital transformation, digital health, that’s been made possible by the world’s best-performing, and I’d even add, most resilient networks.”

Net neutrality supporters have a different take. They say that ISPs knew the rules could easily return under a Democratic administration because the president gets to nominate FCC commissioners and choose a chair with a shared agenda. Thus, ISPs were cautious about putting in place any costly changes.

Also, state laws remained intact. California, most importantly, has its own net neutrality law, which ISPs have challenged in an ongoing case that’s reached the appeal level. They argued in their preliminary injunction, which was denied by a trial judge, that states shouldn’t have the authority to regulate such an “inherently interstate” service.

“I really don’t want to hear any claim that obviously the rules didn’t matter because nothing changed,” said Matt Wood, vice president of policy and general counsel at Free Press, a nonprofit that backs net neutrality. “Nothing changed because the largest state that often drives the federal conversation, and several other states, stepped in and had some kind of stand-in.”

After a federal court upheld California’s net neutrality law, AT&T said it would stop the practice of exempting HBO Max viewing from its data caps, closing a loophole that allowed the company to favor its own service.

Advocates also point to subtle ways that some companies have rolled back their practices following the Trump-era repeal. For example, a small ISP in Idaho and Washington said earlier this year it would block Facebook and Twitter by default after customers were upset about how they responded to the riot at the U.S. Capitol on Jan. 6, Gizmodo reported at the time.

But the main rallying cry for net neutrality is that Americans rely on speedy and reliable internet access more than ever, a fact that became patently obvious during the pandemic.

“Back when this was going around in 2015, ‘utility’ was being thrown around as some kind of swear word,” said Harold Feld, senior vice president of policy group Public Knowledge, which has previously received funding from content companies and broadband providers. “Now, a pandemic later, everybody says, ‘yeah of course broadband is a utility.’”

Feld said the public has come to understand that the internet is about more than access to “cat videos and Netflix” and is rather more like electricity.

“Nobody would be impressed with the argument it’s a bad thing to treat electricity like a public utility,” Feld said.

Even opponents recognize the mood of the country has changed.

Geoffrey Manne, president of the International Center for Law & Economics, which has opposed Title II reclassification for ISPs, said social justice-centered arguments could have more resonance now. That could include minimal price regulation requiring ISPs to offer a low-cost tier of service, an outcome that, “I don’t think would be the end of the world,” Manne said.

Perhaps the biggest change in the nature of the debate over the past seven years is around who are the internet gatekeepers.

Companies like Google strongly favored net neutrality rules in the past, because the search company counted on ISPs for content delivery. Today, Google and Facebook are seen by many as the dominant platforms making decisions about what consumers see.

Spalter from US Telecom says that if lawmakers are looking for actual solutions that ensure equal access to the most important information and services, they have to expand their view of net neutrality.

“Policymakers and consumers understand that there’s a lot of inputs into a lot of companies that need to actually adopt and embrace similar principles into the way that they conduct their business with respect to maintaining an open internet,” Spalter said. “That’s not just broadband providers. It is the edge platform providers, too, that have to walk that talk.”

Spalter said Amazon and Google are two companies that could be included in such a discussion.

Feld says those are two different topics and both can be addressed.

“We can walk and chew gum at the same time,” he said.

Before there’s any movement by the FCC, the commission has to fill out its upper ranks, a process that is already proving contentious.

In their questioning of Sohn, Republicans have argued she would be biased against broadcast networks and conservative views. They pointed to past tweets she posted criticizing Fox News as well as her involvement as a board member in a nonprofit online TV service that shut down after losing a lawsuit from broadcast networks.

Sohn testified that her past comments and experiences would not sway her actions as a commissioner. She’s gained surprise backing from some high-profile conservative media figures.

Newsmax CEO Chris Ruddy supported Sohn’s nomination. And Charles Herring, the president of One America News Network, said last month in a statement that Sohn has helped push “for more open markets in an environment that is arguably a quasi monopoly.”

“I’ve fought in the trenches side-by-side with Gigi Sohn for a number of years on multiple issues,” Herring said. “I’m fully aware of Gigi’s personal views, yet I’m even more knowledgeable on her strong belief and advocacy for diversity in the programming lineup, especially in news, regardless of conflicts with her personal views.”

Robert Herring, Charles’ father and CEO of OANN, later clarified the network does not back Sohn’s nomination.

As it stands, the four FCC commissioners are split by party — two Democrats and two Republicans. Sohn represents the tiebreaker and one of the final hurdles to setting federal net neutrality rules back in motion.