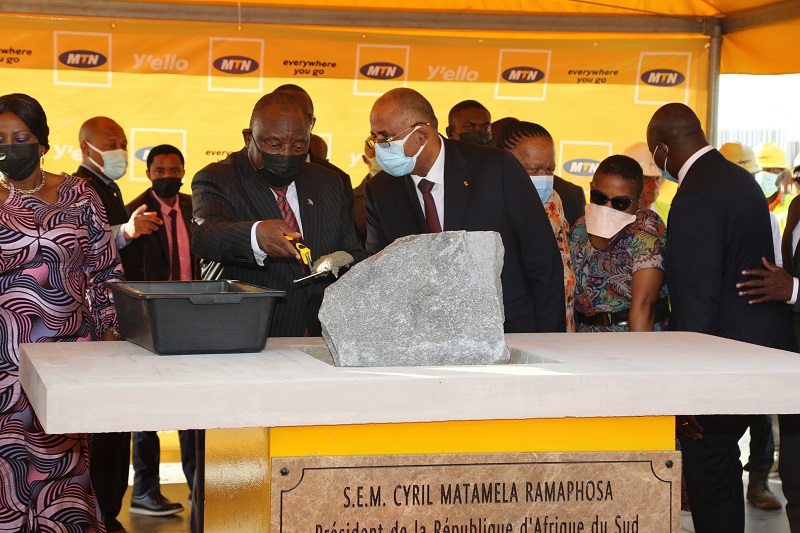 MTN Group has initiated plans to construct new headquarters for its Côte d’Ivoire operation and also begin a local trial of 5G services in the country’s economic hub Abidjan.

The company made the announcements on the back of a state visit to the West African country by South African President Cyril Ramaphosa.

“The construction of this head office is indicative of MTN’s long-term commitment to Côte d’Ivoire,” said MTN Group Chairman Mcebisi Jonas, who led the MTN delegation alongside Group President and CEO Ralph Mupita.

“Our strategic intent is to provide leading digital solutions for Africa’s progress, and our presence here today illustrates the importance of MTN Côte d’Ivoire to the Group’s overall portfolio,” said Mupita, adding that MTN had operated in the country since 2005.

He was accompanied in Abidjan by an MTN Group team including West and Central Africa Vice President Ebenezer Asante, who launched the 5G trial earlier on Friday, and Group Executive for Corporate Affairs and Sustainability Nompilo Morafo.

During the visit, the MTN delegation met with various stakeholders, including the Minister of Communications Roger Adom.

Côte d’Ivoire is the second country the MTN Group delegation is visiting on President Ramaphosa’s tour of West Africa, which started in Nigeria.

MTN Group owns 58.8% of MTN Côte d’Ivoire, which is one of three mobile operators in the country, with a market share of around 35%. At the end of June 2021, it had 13.7 million subscribers, of whom 4.9 million were active data users.

It had 4.8 million active Mobile Money (MoMo) subscribers, making it one of the Group’s top MoMo operating companies.

In August last year the operator confirmed plans to exit the Middle East and intensify focus on its pan-African ambitions.

More than a year later and in November MTN announced that it had exited Yemen and accelerated its plans to disinvest in the Middle East.

According to the Group, it is in the process of simplifying its portfolio and that the Middle East operations – which contribute less than other regions – were to be offloaded.