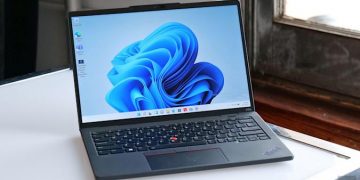 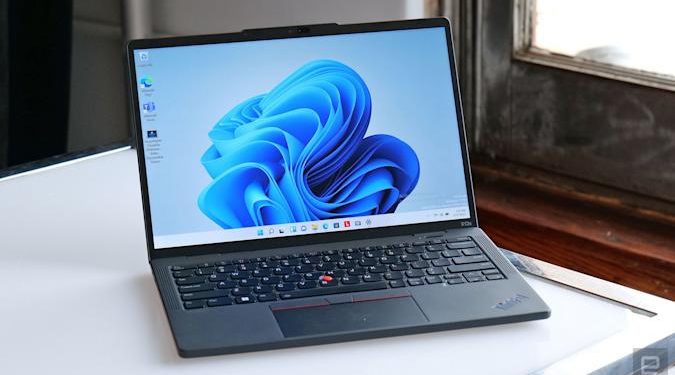 Unlike Apple’s M1 MacBooks, ARM-based Windows on Snapdragon laptops haven’t enjoyed quite the same level of success or popularity. But Lenovo is hoping to change that – at least for enterprise customers – with the new ThinkPad X13s.

The ThinkPad X13s’ secret weapon is its Snapdragon 8cx Gen 3 chip, which Lenovo says is the first time Qualcomm’s newest laptop processor has been featured in a commercial device. By leveraging improved energy efficiency and a low-power 400-nit 13.3-inch display, Lenovo says the ThinkPad X13s can last up to 28 hours on a single charge. That said, I’m going to want to confirm this myself, because I’ve definitely been burned by shorter-than-expected longevity on previous Windows on Snapdragon machines. 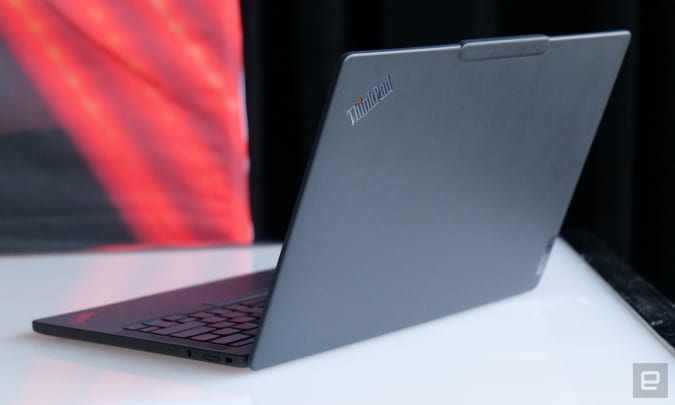 In keeping with the ThinkPad X13s’ focus on mobile productivity, the laptop also features a fanless design while weighing just 2.5 pounds, with top and bottom panels made from 90 percent recycled magnesium. And to make sure you have a speedy internet connection wherever you go, the laptop also supports 5G (both sub-6GHz and mmWave) and WiFi 6E. Other specs include up to 32GB of RAM, up to 1TB of PCIe storage, and two USB-C 3.2 Gen 2 ports (but no Thunderbolt 4, cause that’s an Intel thing).

Inside, the laptop comes pre-installed with Windows 11 Pro, with Lenovo relying on a number of Qualcomm’s collaboration features like AI-based auto-framing for its 5MP webcam and intelligent noise suppression that works with the laptop’s triple microphone setup. There’s even a human presence detection feature that can automatically dim or turn off the laptop’s display when it detects that you have looked away to protect sensitive data from prying eyes.

Now I know I’m not exactly Lenovo’s target audience for the ThinkPad X13s, and I probably wouldn’t buy a Windows on Snapdragon laptop for myself since they often struggle to run games (even casual titles). But even so, during my brief hands-on time with the device, I found that there’s a lot to like. Its design is quite sleek even by ThinkPad standards, while its magnesium chassis adds durability without a significant increase in weight. And of course, there’s that claimed 28 hours of battery which should last for days of real-world use (assuming the laptop can live up to Lenovo’s figures).

The only issue I noticed during my brief time with the notebook was a touchpad that felt softer and spongier than I’d like. Though since it’s a ThinkPad, you can always use Lenovo’s iconic TrackPoint nub instead. Thankfully, the X13s’ keyboard felt crisp with plenty of key travel, so there shouldn’t be much of a learning curve for ThinkPad diehards.

For a low power display, the laptop’s screen is admirably bright, and the auto-framing camera worked like a charm, even if it was a touch too aggressive zooming in and out when I moved my head back and forth. You even get built-in IR cameras for facial recognition and Windows Hello face login. And thanks to the App Assure program, enterprise customers can get help directly from Microsoft to ensure all of a company’s corporate software runs smoothly on the X13s’ Arm-based processor.

So despite a bumpy reception for previous Windows on Snapdragon machines, between the Snapdragon 8cx Gen 3 and Lenovo’s willingness to put that chip in a ThinkPad for the first time, we could be looking at a new era for ARM-based Windows notebooks.

The ThinkPad X13s is slated to go on sale sometime in May starting at $1,100.