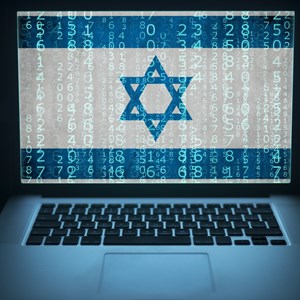 A cyber-attack which paralyzed Iran’s gas stations last month was launched by Israeli operatives, as tension between the Middle East rivals continues to escalate, according to a new report.

Two unnamed US defense officials attributed the October 26 attacks to Israel, according to the New York Times. It may have been timed to coincide with nationwide protests in Iran two years ago, which resulted from a hike in fuel prices at the pump.

This time, not only did hackers take thousands of gas stations out of action for nearly two weeks, but they also hijacked billboards in major cities to post messages encouraging citizens to complain to supreme leader Ali Khamenei.

Pumps reportedly had to be reset manually, which accounted for the long delays.

There are also suggestions that the attackers accessed secret government data on international oil sales stored on air-gapped computers – hinting that they may have had inside help.

Just days later, suspected Iranian hackers breached and leaked personal information on hundreds of thousands of Israeli patients and users of LGBTQ site Atraf, which now appears to have been a retaliatory attack.

The sensitive information stored by Atraf could be particularly distressing for victims if leaked, as in some cases, it contained data including HIV status, sexual preferences and nude photos.

It’s unclear whether the Black Shadow group blamed for these attacks is directly state-backed or assembled from freelancers. However, it’s another example of an escalating shadow war between the two countries of which innocent civilians increasingly find themselves in the middle.

The report warned that such escalations might become the norm and expand to the US and its allies if talks to resurrect a nuclear deal with Iran collapse.