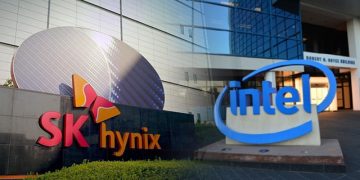 Intel has completed the first phase of its SSD business deal with SK Hynix, according to a recent report. This week, the major chipmaker said that it received a $7 billion initial payment for the agreement.

The deal will involve selling not only SSD but also NAND businesses to the South Korean semiconductor supplier. In the meantime, the seller would continue to hold a considerable stake until around 2025.

According to a report by Tom’s Hardware on Thursday, Dec. 30, the announcement came after SK Hynix confirmed that the deal has passed the final regulatory compliance in China.

Although the Icheon-si firm faced a lot of challenges given these restrictions, Intel announced that SK Hynix would operate the fabs under the newly-formed “Solidigm” subsidiary.

For that part, Rob Crooke who worked as a previous general manager of Non-Volatile Memory Solutions Groups on Intel will take over the position as the Solidigm CEO. He also served as the SVP in the same company.

This is not the first time that the Intel-SK Hynix Deal appeared on the headlines of several tech sites. It was in October 2020 when the two parties agreed to the deal regarding the handling of SSD and NAND businesses for a particular period.

The report said that the $9 billion deal will allow SK Hynix to manage all NAND-linked businesses from Intel which includes SSD and the Dalian NAND fab. Meanwhile, the Santa Clara-headquartered giant would retain all of its patents and the Optane technology.

Remaining Part of the SSD Deal

In another report from AnandTech, the involved firms in the business deal would also mean the transfer of some employees. This would mean that those who are not working in the R&D would likely find a new home in this deal.

Furthermore, the tech site wrote that the remainder of the agreement would last until March 2025. For the manufacturing of NAND wafers, Intel would make use of the Dalian.

By the time the deal settles in its final phase, SK Hynix would pay Intel $2 billion as part of the asset transferring process. The Intel assets would be later put in the Solidigm.

Moreover, the current products of the American electronics firm would hand the D3/D5/D7 data center and the 660p/670 client SSDs to the standalone subsidiary. This would now turn into Solidigm’s official products.

In 2017, Tech Times reported that Intel acquired autonomous vehicle maker Mobileye. The deal closed at $15.3 billion. This year, the semiconductor titan announced that it would launch its robotaxi business with the help of the Israeli self-driving firm.

With the popularity of self-driving cars in the market, Intel looks forward to the competition that includes Elon Musk’s Tesla.