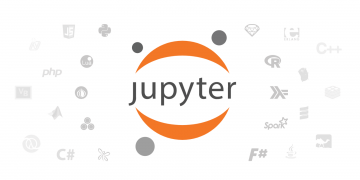 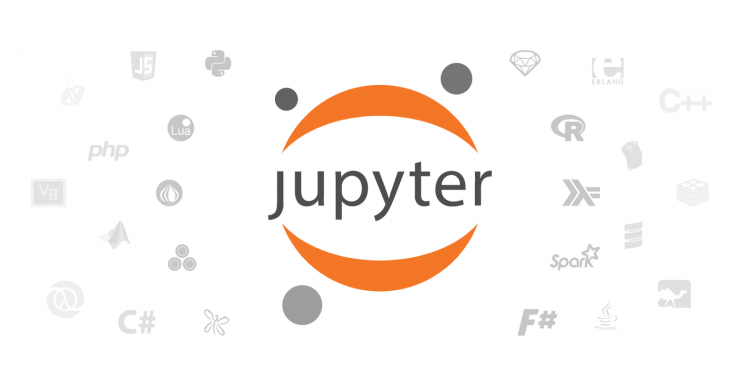 Data scientists are known for creating their own bubble within the 3I structure — Implement, Integrate, and Innovate. I personally lean towards the last two Is: Integrate new technologies for constant experimentation and Innovate to attain remarkable results.

I have been working with Jupyter Notebook for the last 4–5 years and I feel very comfortable working with it. On the other hand, I share a lot of work projects with my teammate Paolo, who is an expert in building KNIME workflows. You’d think this could be a problem … it’s not!

KNIME Analytics Platform and Jupyter Notebook are both known for their visual appeal in solving data analytics problems (Fig. 1). Jupyter Notebook presents a simplified script interface for over 40 programming languages via a web browser, but it is in the end a coding platform mostly popular among Python users. KNIME Analytics Platform runs completely on a graphical user interface controlled by drag-and-drop operations and visual programming. It provides a quick understanding of the logic and structure of complex data analysis by representing it via a visual and transparent workflow. You can also write snippets of Python code in KNIME Analytics Platform; the Jupyter Notebook user experience simplifies this input and execution of code resulting in a UI optimized for coders. Now, imagine the plethora of possible applications one can build on the synergy of these two platforms.

In this article, we discuss two common life scenarios that require collaboration between Jupyter Notebook and KNIME Analytics Platform and show how simple this is.

In this section we describe two scenarios and how to:

In scenario 1, my teammate Paolo was in control of the project and, pressured by time, asked me for help in implementing a custom data transformation, which I did in Jupyter Notebook. Here, I will show how Paolo integrated my Jupyter script into his KNIME workflow.

In scenario 2, I was in charge of the project and, yet still pressured by time, I asked Paolo to help me with building a workflow to train a classification model, which he provided in KNIME Analytics Platform. Here I will show how I integrated Paolo’s workflow into my Python script from Jupyter Notebook. 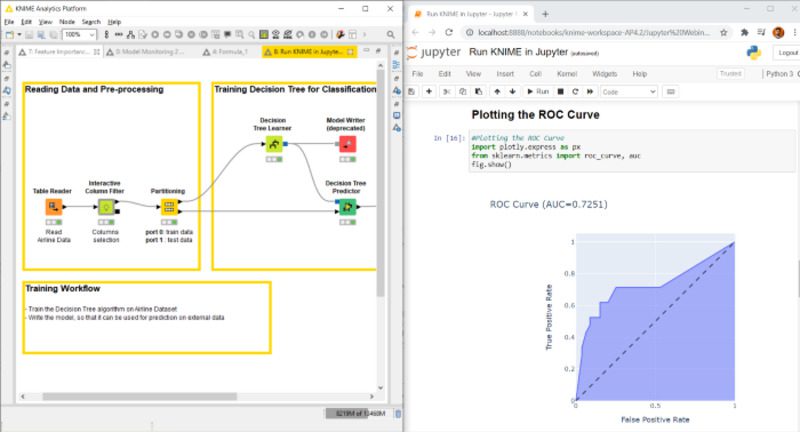 Fig. 1: Here we show the user interfaces of the two data science tools: on the left KNIME Analytics Platform and on the right Jupyter Notebook.

Integrating a Jupyter Notebook in a KNIME Workflow — Scenario 1

Paolo was requested to classify flights by their departure delay in the Airline dataset. Each row in the flight delay dataset describes a flight, through its origin, destination, scheduled departure time, and so on. Any flight with a departure delay > 15 minutes was labeled as “delayed”. The requested task was to train a machine learning model to classify whether a flight will be delayed at departure, considering all other suitable flight attributes as input features.

The steps taken to build a workflow to train and evaluate a machine learning model are usually the same: import the data, transform and clean the data, partition them into training set and test set, train the machine learning (ML) model of choice on the training set, apply the trained model to the test set, and score its performance with the scoring metric of choice. The Run Jupyter in KNIME workflow would then look more or less like the one in Fig. 2 (you can download it from the KNIME Hub). 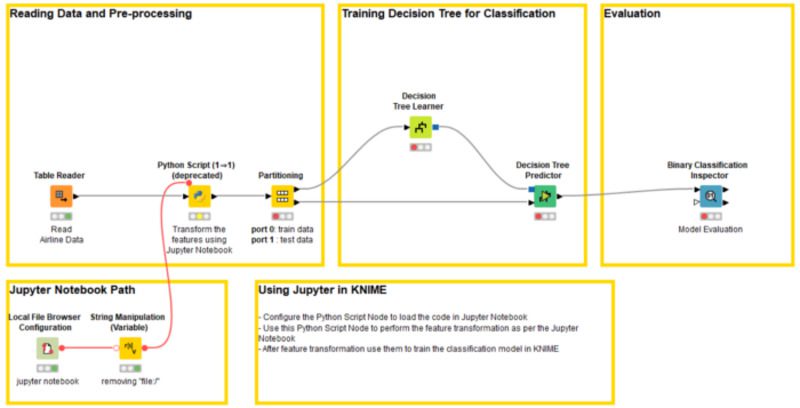 Fig. 2. The Run Jupyter in KNIME training workflow to train and evaluate a ML model to predict departure delays in flights.

The data cleaning and data transformation part is often time consuming, since it depends on the data domain as well. Paolo was pressured by time and asked me if I could implement that part.

Well, this seemed quite easy for me to do using Jupyter Notebook. Paolo could then import it in his workflow using a Python Script node. Let’s have a look at that step by step.

I have created a Python function called Custom_Transformation in Jupyter Notebook(Fig. 3). The function implements some basic feature engineering and returns the original features set along with the transformed features.

Now, we need to import this code into Paolo’s KNIME workflow.

Step 2. Set up the Python environment in KNIME Analytics Platform 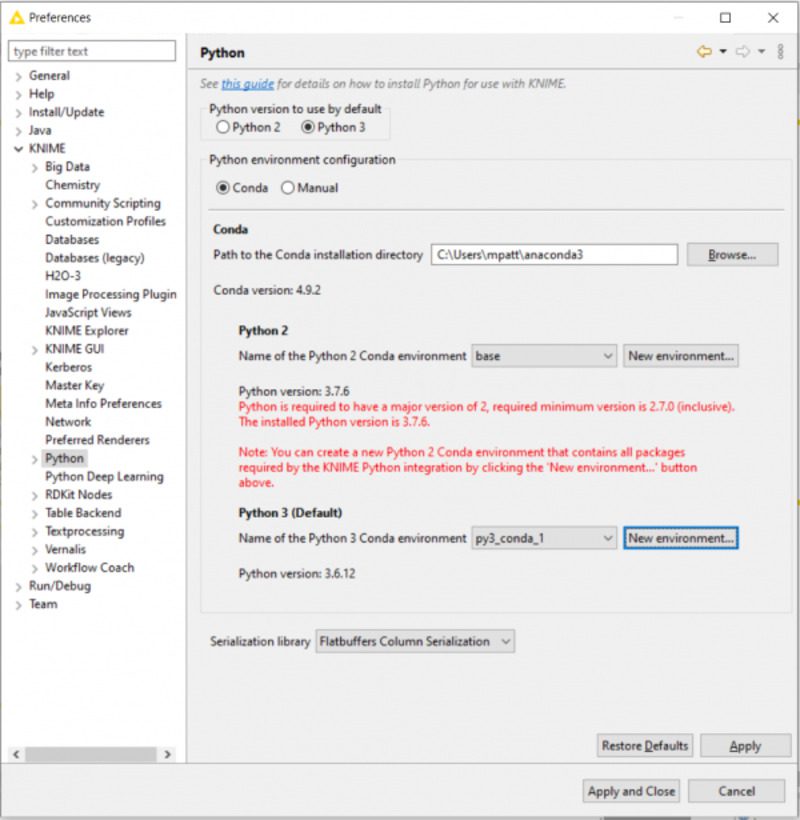 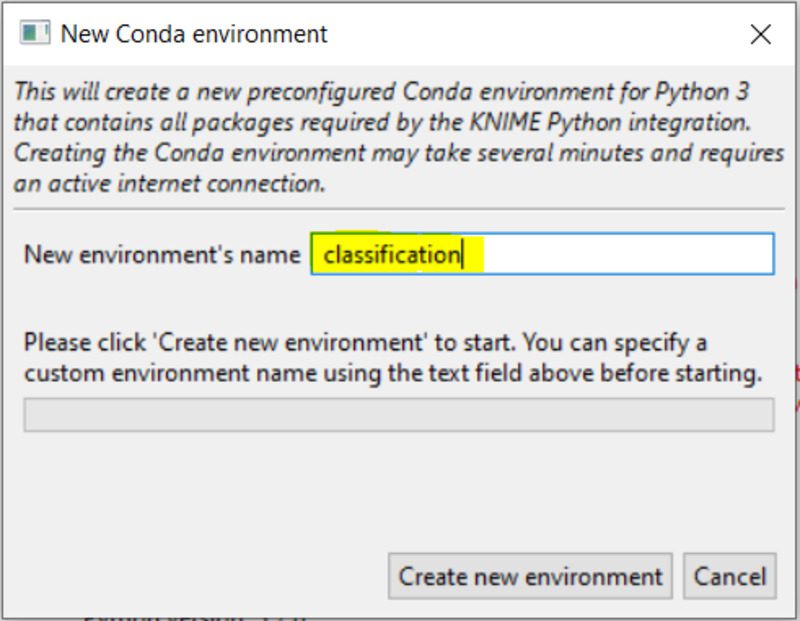 For a step-by-step guide of how to install the Python integration in KNIME and get it working, check my article How to Set Up the Python Extension.

Step 3. Execute the Jupyter Notebook code from a KNIME workflow

In the KNIME workflow in Fig. 2, we introduced a Python Script node (the second node from the left after the Table Reader node). This node loads and runs my code from Jupyter Notebook (Fig. 5).

The key instruction in the script is:

This line uses the knimepy instruction

to locate the Jupyter Notebook Custom_Transformation, and to load the Jupyter script into the my_notebook variable.

The next line executes the function

and returns the results into a pandas DataFrame named

Note. The code in Jupyter Notebook should always provide an output of type pandas DataFrame. 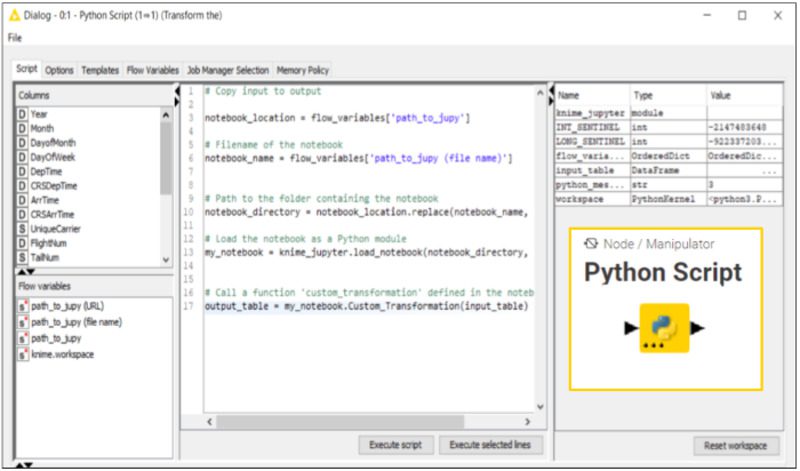 The script to run the Jupyter Notebook inside the Python Script node is shown below:

After executing the Python Script node, at its output we find the transformed features added to the original features now ready to be passed to the next node in the KNIME workflow.

I was asked to implement the deployment application that predicts flight departure delays using the model previously trained on the flight delay dataset. I want to develop this application using Jupyter Notebook. To save time, I would like to borrow and integrate a deployment workflow from Paolo’s work. That is, I would like to integrate a KNIME workflow into my Jupyter Notebook.

This is done in three easy steps, specular to the three steps used in scenario 1.

In our case Paolo already provided me with the KNIME workflow Run KNIME in Jupyter via the KNIME Hub. The workflow deploys the machine learning model to predict flight departure delays (Fig. 6).

Step 2. Set up the KNIME package in a Jupyter Notebook

In the Command/Anaconda Prompt, enter

Step 3. Execute the KNIME workflow from a Jupyter Notebook

This is what I need to write in my Jupyter Notebook (Fig. 7 and Fig. 8) in order to import and run the selected KNIME workflow.

Note. Make sure that the workflow being executed from Jupyter is not concurrently open in KNIME. This stalls execution as the workflow is already open for editing in KNIME. 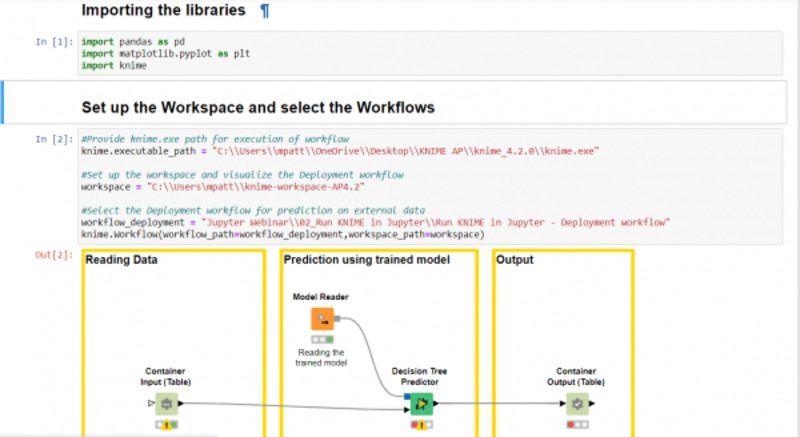 Fig. 6. Setting up the workspace in Jupyter Notebook and displaying the selected KNIME workflow Run KNIME in Jupyter.

Fig. 7. Code for executing the workflow.

As of KNIME Analytics Platform 4.3, I can also call and execute KNIME workflows residing on a KNIME Server, rather than on my local client installation. This has three main advantages:

The only change to the previous script consists in the path to the KNIME workflow on the KNIME server and the required username and password to access it, as shown in Fig. 8. This script is also available on GitHub repository. Also, in this case, there isn’t the need to specify the knime executer path like before.

The fact that you don’t need to choose between Jupyter Notebook and KNIME Analytics Platform is an excellent feature to foster collaboration in a team. By mixing and matching Jupyter Notebook scripts and KNIME workflow snippets we efficiently produced a very advanced set of applications to train, apply, and deploy machine learning models for predictions.

Coupling this strategy with the KNIME Server enterprise features enables even greater collaboration among data scientists with different backgrounds and tools.

Collaboration is always a key factor in a data science lab and whether you are looking for an open source solution or an enterprise one, KNIME software can help you there with its flexibility in integrating Jupyter and many other tools.