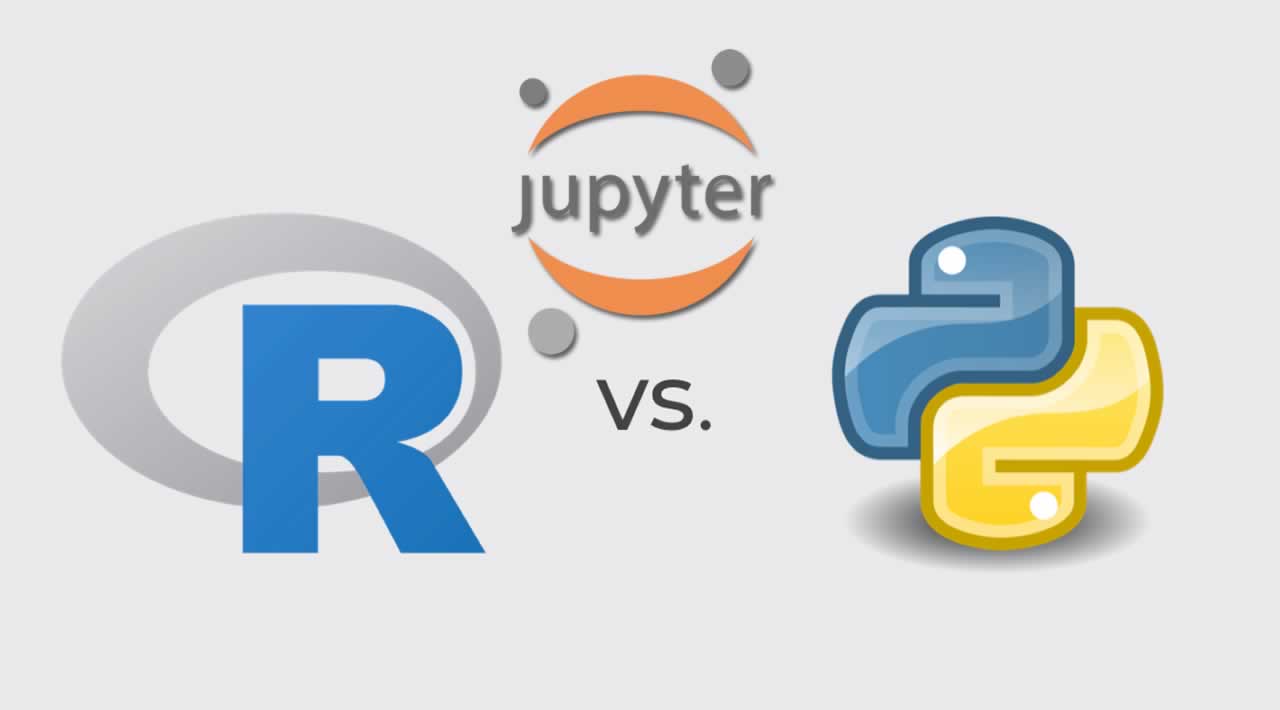 Guide to R and Python in a Single Jupyter Notebook

Guide to R and Python in a Single Jupyter Notebook

R is primarily used for statistical analysis, while Python provides a more general approach to data science. R and Python are object-oriented towards data science for programming language. Learning both is an ideal solution. Python is a common-purpose language with a readable syntax. — www.calltutors.com

The war between R and Python users has been raging for several years. With most of the old school statisticians being trained on R and most computer science and data science departments in universities instead preferring Python, both have pros and cons. The main cons I have noticed in practice are in the packages that are available for each language.

As of 2019, the R packages for cluster analysis and splines are superior to the Python packages of the same kind. In this article, I will show you, with coded examples, how to take R functions and datasets and import and utilize then within a Python-based Jupyter notebook.

The topics of this article are:

There is an accompanying notebook to this article that can be found on my GitHub page.mrdragonbear/ArticlesThis repository contains code-related content relevant to my Medium articles. This repository is the master repository…github.com

Firstly, we will look at performing basic linear and polynomial regression using imported R functions. We will examine a dataset looking at diabetes with information about C-peptide concentrations and acidity variables. Do not worry about the contents of the model, this is a commonly used example in the field of generalized additive models, which we will look at later in the article.

We can then plot the data:

Linear/Polynomial Regression, but make it R

After this section, we’ll know everything we need to in order to work with R models. The rest of the lab is just applying these concepts to run particular models. This section, therefore, is your ‘cheat sheet’ for working in R.

What we need to know:

To import R functions we need the rpy2 package. Depending on your environment, you may also need to specify the path to the R home directory. I have given an example below for how to specify this.

To specify an R function, simply use robjects.r followed by the name of the package in square brackets as a string. To prevent confusion, I like to use r_ for functions, libraries, and other objects imported from R.

We can import individual functions, but we can also import entire libraries too. To import an entire library, you can extract the importr package from rpy2.robjects.packages .

To specify a float vector that can interface with Python packages, we can use the robjects.FloatVector function. The argument to this function references the data array that you wish to convert to an R object, in our case, the age and y variables from our diabetes dataset.

We can specify individual vectors, and we can also specify entire dataframes. This is done by using the robjects.DataFrame function. The argument to this function is a dictionary specifying the name and the vector (obtained from robjects.FloatVector ) associated with the name.

To specify a formula, for example, for regression, we can use the robjects.Formula function. This follows the R syntax dependent variable ~ independent variables . In our case, the output y is modeled as a function of the age variable.

Notice in the above formula we had to specify the FloatVector’s associated with each of the variables in our formula. We have to do this as the formula does not automatically relate our variable names to variables that we have previously specified — they have not yet been associated with the robjects.Formula object.

To specify a model, in this case a linear regression model using our previously imported r_lm function, we need to pass our formula variable as an argument (this will not work unless we pass an R formula object).

Instead of specifying each of the individual float vectors related to the robjects.Formula object, we can reference the dataset in the formula itself (as long as this has been made into an R object itself).

Getting results back to Python

Using R functions and libraries is great, but we can also analyze our results and get them back to Python for further processing. To look at the output:

We can also check the names in our output:

To take the first element of our output:

To take the coefficients:

To put the coefficients in a Numpy array:

To get predictions using our R model, we can create a prediction dataframe and use the r_predict function, similar to how it is done using Python.

We can use the rx2 function to extract the ‘age’ values:

We can also plot our data using Python:

We can also fit a 3rd-degree polynomial model and plot the model error bars in two ways: