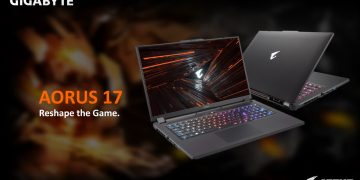 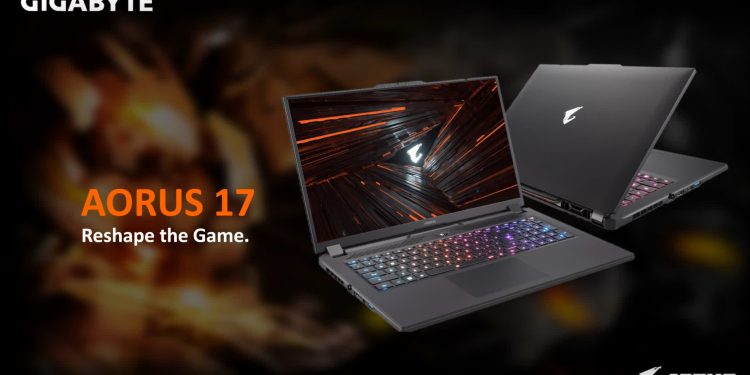 GIGABYTE today launched AORUS 17X gaming laptop, the brand-new flagship model that combines breakthrough performance with enhanced portability. The AORUS 17X is powered by the latest Intel 12th generation Core i9 HX processor that offers up to 16 cores. Pairing with the NVIDIA GeForce RTX 30 series graphics card, the powerful combo in the AORUS 17X can deliver a significant performance gain up to 32% over its predecessor, allowing enthusiasts to enjoy desktop-class gaming performance on the go. High-performance cores demand superior cooling. The latest generation of AORUS 17X adopts the exclusive WINDFORCE Infinity cooling system. It features a pair of highly efficient fans, 6 heat pipes, and multiple cooling fins that can efficiently remove heat produced by the CPU and the GPU, keeping the laptop cool while maintaining maximum performance throughout the workload.

Different from the conventional thin-bezel displays that are generally limited to the sides, the new AORUS 17X, as well as the AORUS 17, are the world’s first four-sided super-thin bezel gaming laptops with the bent-type technology. Thanks to the innovation, the AORUS 17X screen’s bottom border is trimmed by 30%, making the overall screen-to-body ratio reach 90%. The bent-type panel also makes it possible for the AORUS 17X to pack a big 17″ screen in a nearly 15″ tall chassis, greatly increasing its portability. The AORUS 17X is also engineered for fast-paced gaming, delivers ultra-high refresh rate of up to 360 Hz, which is six times faster than conventional laptops. The beastly AORUS 17X gaming laptop reshapes the game by bringing unmatched power and gaming visuals to a more compact form factor, making it a powerhouse laptop for heavy-duty gaming on the go. For more information on AORUS 17X and other AORUS series gaming laptops, check out the AORUS official website.