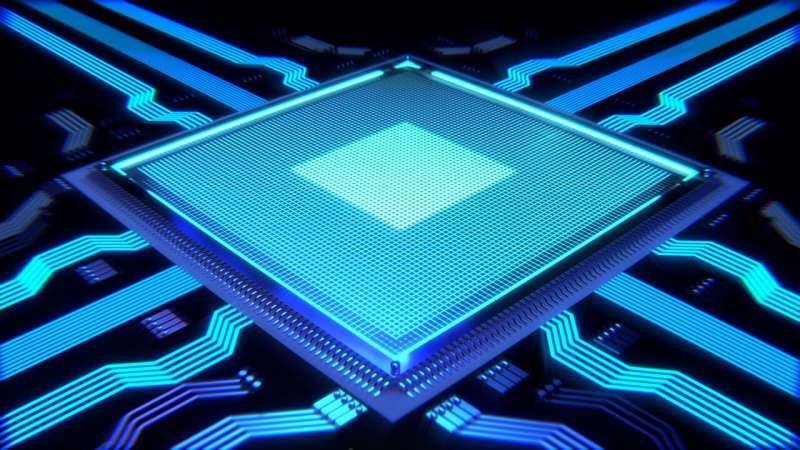 The maker of Jeep SUVs and Ram pickup trucks said Tuesday it will partner with iPhone contract manufacturer Foxconn Technology Group to design purpose-built semiconductors to support Stellantis NV and other customers as the transatlantic automaker expects to earn $22.5 billion (20 billion euro) in revenue from software-enabled product offerings and subscriptions by 2030.

The announcement of the non-binding agreement comes amid a pandemic-induced global microchip shortage that has forced auto plants throughout the world to idle for months in some cases. With Foxconn, also known as Hon Hai Precision Industry Co. Ltd., Stellantis aims to create four new families of chips that will cover more than 80% of its semiconductor needs and modernize its components, reduce complexity and simplify the supply chain, CEO Carlos Tavares said in a statement. The microchips are expected to be installed in vehicles starting in 2024.

“Our software-defined transformation will be powered by great partners across industries and expertise,” Tavares said. “This will also boost our ability to innovate faster and build products and services at a rapid pace.”

The partnership was a part of Stellantis’ “Software Day” strategy in which the automaker said it will invest $33.8 billion (30 billion euro) into electrification and software by 2025. It mapped out how it will deploy three artificial intelligence-powered platforms in 2024 and build on existing vehicles connected to satellites and the internet to transform how customers interact with their vehicles. An open software-defined platform integrated with smartphones and other electronics seeks to expand available services with over-the-air updates.

As traditional automakers make the transition to autonomous, connected and electric vehicles, software is becoming a critical component of driving these performance innovations and providing new revenue opportunities for automakers through subscription services for features from hands-free driving functions on highways to telematic services for commercial fleets.

“Our electrification and software strategies will support the shift to become a sustainable mobility tech company to lead the pack, leveraging the associated business growth with over-the-air features and services, and delivering the best experience to our customers,” Tavares said. “We will leverage the speed and agility associated with the de-coupling of hardware and software cycles.”

Stellantis expects to see $4.5 billion (4 billion euro) in annual revenue from software by 2026 with 26 million connected vehicles worldwide, up from today’s 12 million. That could grow to 34 million by 2030.

Stellantis’ commitment of $33.8 billion in electrification and software is up from the $35.5 billion it said it would invest into electrification in July during its “EV Day.” The automaker plans to have a full lineup of fully electric vehicles by 2029 in the United States and have electrified vehicles make up more than 40% of sales in the country and 70% in Europe. The automaker will have four global EV platforms, each of which will have access to Stellantis’ new software platforms: STLA Brain, STLA SmartCockpit and STLA AutoDrive.

STLA Brain, an electrical/electronic and software architecture, is at the heart of the transformation. It will offer 30 updateable modules compared with 10 today. Integrated with the cloud, it connects electronic control units within the vehicle with the vehicle‘s central high-performing computer via a high-speed data bus. It enables software developers to create and update features and services quickly without waiting for a new model-year launch, reducing costs and simplifying maintenance for the automaker and customer. Stellantis estimates $1.2 billion (1.1 billion euro) in cost savings by 2030.

Built on top of STLA Brain is STLA SmartCockpit. This is the result of Stellantis’ first partnership with Foxconn announced in May and set to close by the end of the year. The 50-50 joint venture Mobile Drive seeks to create the next-generation cockpit with biometric recognition, augmented-reality navigation, artificial intelligence-powered personal assistance, 5G communication and more for vehicles in Stellantis’ and other automakers’ lineups. Stellantis describes this SmartCockpit as a “customizable third living space” as studies show customers spend an average of four years of their lives in their vehicles.

Finally, STLA AutoDrive was developed in partnership with BMW. It’s the technology that will offer Level 2, Level 2+ and Level 3 autonomous driving capabilities that will be updated over-the-air. For Level 4 and Level 5 automated driving, Stellantis is working with Google parent Alphabet Inc.’s Waymo LLC, which is testing robotaxi and delivery services near Phoenix. Engineering teams will get their hands on Stellantis prototypes in 2022 for focus on commercial developments.

Year-to-date, Stellantis has deployed more than 6 million over-the-air updates to its vehicles. It intends to offer at least quarterly releases by 2026.

To support this transformation, Stellantis is creating a software and data academy to retrain more than 1,000 internal engineers in multiple roles and develop its software community. By 2024, Stellantis wants to have 4,500 software engineers, creating talent hubs around the globe.