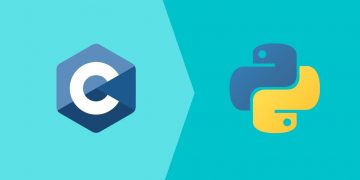 C vs. Python: The Key Differences

C vs. Python: The Key Differences 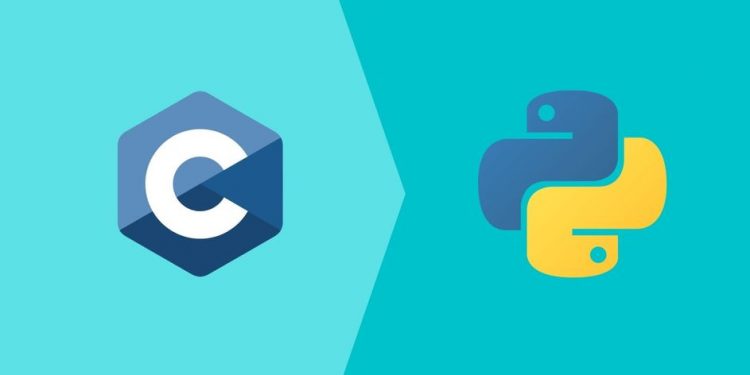 Many millions of programmers rely on the Python and C programming languages. They may have functional similarities, but they also have core differences.

Notably, the C programming language is quite a bit older. It came out in 1972, while Python first appeared in 1991. Since its arrival, programmers have positively embraced C for its speed and portability. Python gained more popularity at the beginning of the 21st century when it was a decade old.

There are more interesting facts and core differences between these two programming languages. So, if you are a programmer looking to find out more, read on.

What Is the Python Programming Language?

Python’s easy-to-learn syntax makes it simple to work with and emphasizes its readability. Also, Python supports packages and modules to encourage reuse. Python distributes its interpreter and standard library for free, on all platforms, in binary and source form.

Programmers choose Python for its increased productivity, fast compilation, and rapid edit-test-debug cycle. And, significantly, debugging a Python program will never cause a segmentation fault in the event of a bug or wrong input.

What Is the C Programming Language?

C is a procedural, general-purpose programming language with massive popularity for its simplicity and flexibility. Programmers widely use the language to develop operating systems, applications, and other complex software.

C is a compiled language, which means it transforms program source code into machine-readable language. After compilation, it links up object files and creates a single executable file.

The Key Differences Between the C and Python Programming Languages

Before getting into a detailed discussion, let’s have a quick glimpse into the most significant differences between C and Python:

C is less memory efficient than Python. Unlike the C language, Python utilizes its memory by allocating object references to variables. Also, it has an automated garbage collector to recover unused memory.

In C, a programmer must allocate memory themselves, manually. This is a notorious source of bugs.

The C programming language declares a variable for future use. But Python doesn’t support variable declarations. Thus, variables are untyped in Python. A given variable may refer to values of different types during program execution.

Python is slower than C because Python is an interpreted language and C is a compiled language. Python converts its source code into bytecode before executing it. As a result, Python always runs in a virtual machine.

C is a compiled language. You can divide the process of C compilation into pre-processing, compiling, assembling, and linking.

With Python, the interpreter converts source code files into bytecode at runtime.

Pointers are widely used in the C and C++ languages, while Python doesn’t have pointers. In C, pointers are a kind of variable that stores the address of another variable. Python tends to abstract memory addresses from its users, so there is no need for pointers.

Debugging means finding and reducing bugs in a program. In Python, errors occur at runtime and halt the execution process.

However, the C language compiles all source code first, so it can identify some errors before runtime.

Data structures refer to the storing of data in an efficient and organized method. You can implement many data structures in C such as Array, Linked List, Stack, Queue, etc.

C and C++ do not have built-in garbage collection. Implementing a garbage collector in C is difficult, and would make the language implementation slow anyway.

On the other hand, Python has a garbage collecter based on the threshold of object allocation and deallocation. It deletes all unwanted objects to reclaim memory.

An Example of C Code

A kilometer to mile conversion program in C:

A kilometer to mile conversion program in Python:

C vs. Python: Which One Should You Learn?

If you’re starting on your programming journey, both languages are excellent options. Your final choice may depend on where you want to see yourself in the future and what roles are available.

If you want to develop a career in web programming or data analytics, then go for Python, alongside other languages like Java and C#. If you’re more interested in mobile development or systems programming, you can start with C and learn Objective C, Swift, or Java later.