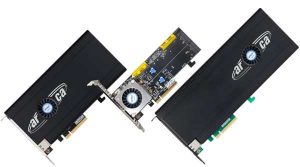 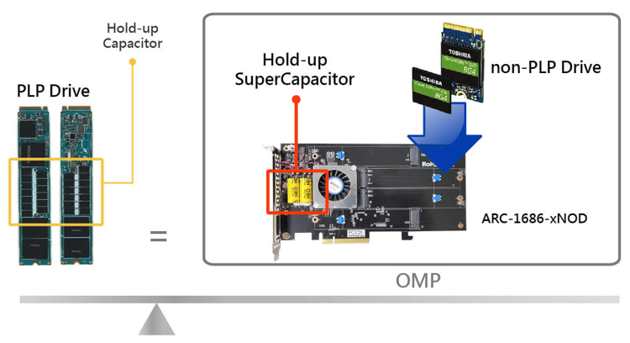 An enterprise storage needs to ensure data integrity in the event of power lose and system crash. The Power Lose Protection (PLP) is hardware and firmware solution on the ARC-1686-xNOD to ensure that NVMe SSD integrity is maintained when a power loss event occurs.

Fault LEDs stay on for troubleshooting

The power disable feature is asserted by the controller ROC to shut off 3.3V power to the M.2 slot. To complete M.2 NVMe drive to be similar specification as SATA drive by send an electricity power cycle to NVMe drive as a testing function automatically to make a judgment that drive can be indeed failed or re-used. Need no to send a technician to do ‘power down’ and ‘power on’ manually. This feature is similar as power disable feature – disk cold boot management feature which introduced SATA 3.3 – February 2, 2016.

The ARC-1686-xNOD RAID adapter firmware security function together with SED secures data from un-authorized access. Protection is achieved by SED NVMe drive that automatically and continuously encrypts data on the drive without user interaction. 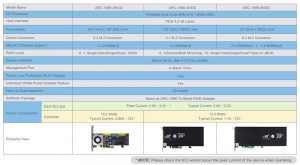