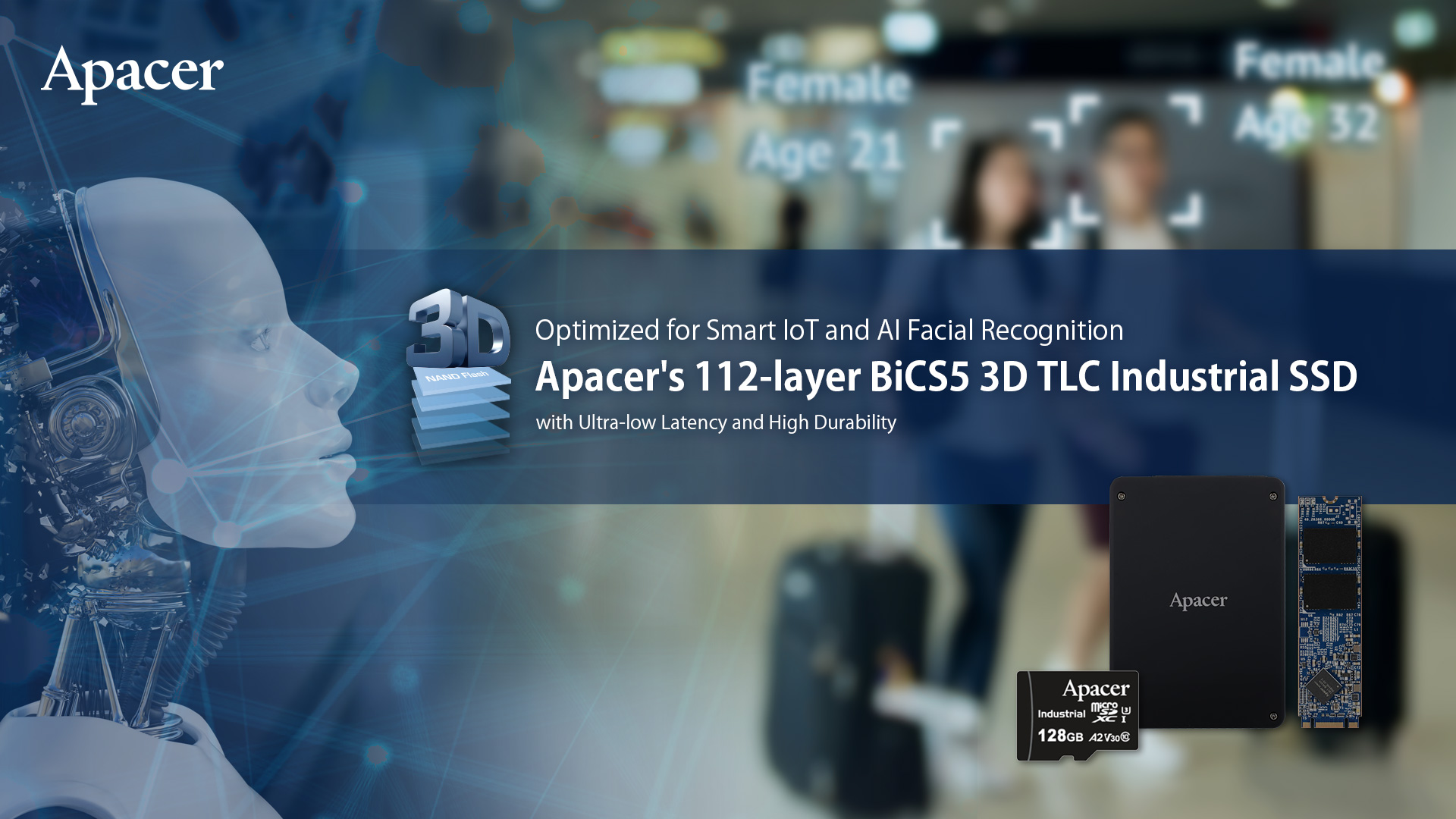 According to research from Mordor Intelligence, the facial recognition market was valued at $3.72 billion in 2020, and is projected to be valued at $11.62 billion by 2026, registering a CAGR of 21.71% over the forecast period.

BiCS5 promises concrete, measurable advantages for SSDs, as it improves capacity while keeping transmission latency ultra-low. In fact, the A2-grade CH120 series offers 4,000/2,000 IO/s for 4K image R/W performance. And compromised environments won’t slow these cards down either – their temperature range means they operate smoothly in temperatures as low as -40°C and as high as +85°C. The series of industrial cards are also equipped with value-adding over-provisioning and SLC-liteX technology. The former reduces write amplification, extending an SSD’s operational lifespan, while the latter allows an SSD to increase its endurance to up to 30,000 P/E cycles. That’s 10x higher than standard 3D TLC SSDs.

The CH120 series of industrial cards are just the latest examples of how the company is living up to its brand spirit of Adding Value, Enhancing Collaboration. They stand in a diverse BiCS5 3D TLC product lineup that includes the ST250 2.5-inch drives and the M.2 2280 industrial SSDs. Even upgrades in terms of capacity (up to 2TB), latency and reliability are set to come as the company looks towards 2022 – offering appealing advantages for 5G, smart IoT, edge computing, secure surveillance, smart healthcare, and deep learning applications.