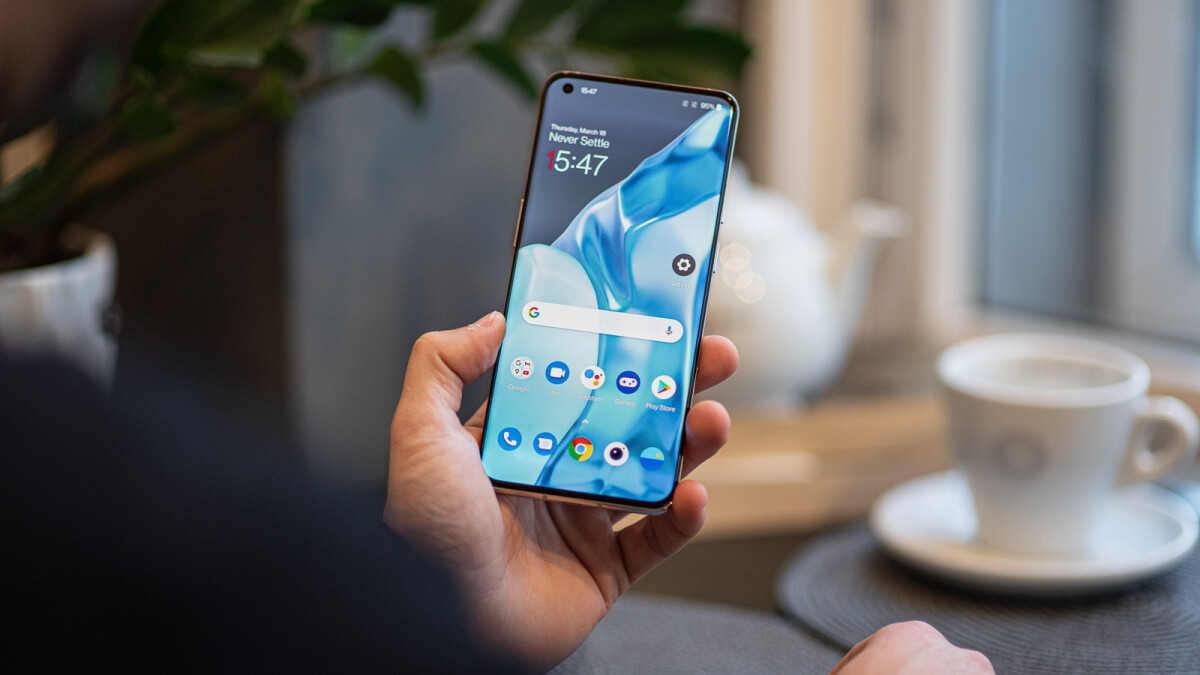 Android 12 is now out for the OnePlus 9 and the OnePlus 9 Pro 5G. But according to initial performance tests on these two devices, those who own them are advised to not update yet.

Android logo is seen displayed on a phone screen in this illustration photo taken in Tehatta, West Bengal, India on April 27, 2021. Google has announced the latest iteration of Android, Android 12. Two preview versions of Android 12 have already been released with a third one likely to be launched soon. Android 12 update will also increase the efficiency in video and image compression which helps in saving data.

According to PhoneArena, some owners of these phones have been reporting issues with their mobile networks. 5G signals seem to be the most affected, with the signals either not working right or not working at all.

In other words, it seems like OnePlus once again botched a software update release without performing enough proper testing-something they’ve been allegedly known to do in the past.

As of this writing, OnePlus still hasn’t fixed these Android 12 issues with the 9 and the 9 Pro 5G handsets. It is still possible to download the new software to the affected phones, but the problem will likely persist until an official fix is issued.

For those who might get the notification to update soon, it is advisable that you take care before you download and install the new software. Performing a backup of all sensitive data is a good thing to do beforehand.

On the other hand, other Android devices are already getting handsy with the new OS.

Samsung is among the first big names to get the update, beating a lot of its rivals (most of which are Chinese companies), according to SamMobile. The company first released the new Android OS (alongside One UI 4.0) for their Galaxy S21 flagship phones back in November.

The Galaxy Z Flip 3 and the Z Fold 3 are among the next Samsung phones to get the update, with the firmware version F711BXXU2BUKM currently rolling out to customers in Serbia as of the moment, writes SamMobile.

After first arriving on Google’s own Pixel line, Android 12 has had a few setbacks on third-party smartphone makers’ devices-thus, the OnePlus debacle. However, losing access to 5G signals is likely not that big of a concern for most people.

That’s because several users have been reporting major privacy issues on the new OS early on in its life cycle. Back in late November, it was reported that a few settings are making their privacy protection suffer, with users being warned to tweak them immediately.

Google has advised users to change their Microphone and Camera access sensor settings, as well as tweaking their Privacy Dashboard-one of the most talked-about features of the new OS.

The 2GB update, according to 9To5Google, didn’t even do much after it was downloaded and installed-perhaps except to occupy valuable storage space. The affected phones included 3A, 4A, and 5A models, which were all getting a “System Update available” notification.

The only phone model that wasn’t affected was the Pixel 6.