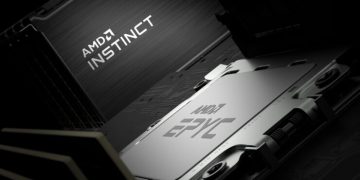 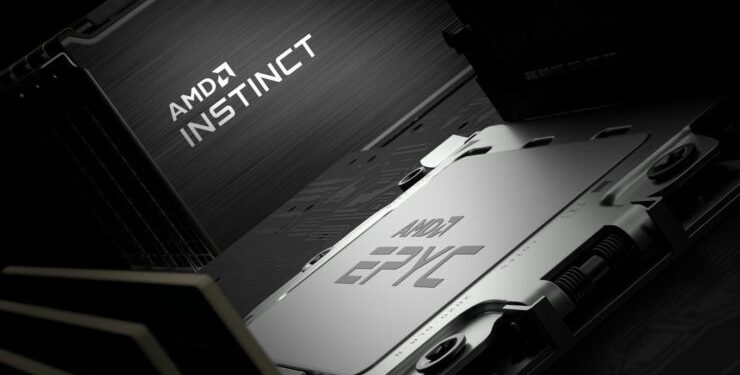 Today we got information that AMD’s upcoming Instinct MI300 will be allegedly available as an Accelerated Processing Unit (APU). AMD APUs are processors that combine CPU and GPU into a single package. AdoredTV managed to get ahold of a slide that indicates that AMD Instinct MI300 accelerator will also come as an APU option that combines Zen4 CPU cores and CDNA3 GPU accelerator in a single, large package. With technologies like 3D stacking, MCM design, and HBM memory, these Instinct APUs are positioned to be a high-density compute the product. At least six HBM dies are going to be placed in a package, with the APU itself being a socketed design.

The leaked slide from AdoredTV indicates that the first tapeout is complete by the end of the month (presumably this month), with the first silicon hitting AMD’s labs in Q3 of 2022. If the silicon turns out functional, we could see these APUs available sometime in the first half of 2023. Below, you can see an illustration of the AMD Instinct MI300 GPU.

The APU version will potentially be of the same size with Zen4 and CDNA3 cores spread around the package. As Instinct MI300 accelerator is supposed to use eight compute tiles, we could see different combinations of CPU/GPU tiles offered. As we await the launch of the next-generation accelerators, we are yet to see what SKUs AMD will bring.