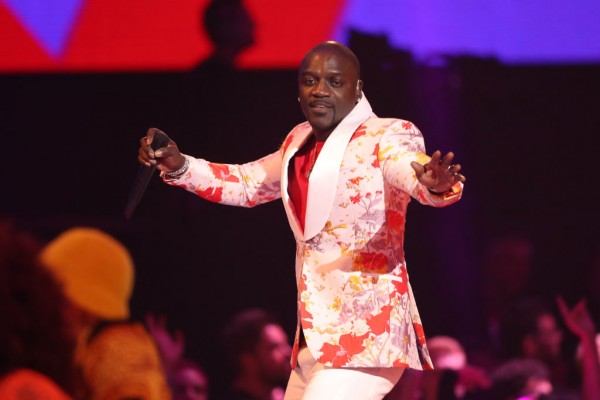 Akon recently launched the Akoin cryptocurrency MasterCard, part of his crypto venture this year. The popular R&B singer revealed the newly-created card which could help the African economy in the coming years

SEVILLE, SPAIN – NOVEMBER 03: Akon performs on stage during the MTV EMAs 2019 at FIBES Conference and Exhibition Centre on November 03, 2019 in Seville, Spain.

According to the official website named after Akon’s own crypto, Akoin is a digital currency focused on helping business owners, entrepreneurs, and social activists to reach their dreams.

The cryptocurrency was one of the latest tokens that came out in the marketplace, focusing more on bridging the gaps in the African economies. This would connect more people through a common goal proposed by humanitarian advocate Akon.

The co-founder said that many young African entrepreneurs have been struggling to start their dream business to this day. Somehow, these obstacles could hinder their plans in the long run.

The Akoin site reads that more than 40 currencies in 54 nations exist in Africa. There are varying levels of instability among them brought by entrepreneurial challenges. The Akoin cryptocurrency would give business owners access to several business tools.

Furthermore, the Akoin ecosystem emphasizes the stimulation of entrepreneurship by bringing the marketplace across Africa. A dedicated technology would allow investors to swap cryptos, fiat currencies, and more.

Following Akon’s announcement about his new AKOIN MasterCard, Hot New Hip-hop reported that the Senegalese artist shared his plans on building the so-called “Akon City” in Uganda back in April.

With the Akoin credit card launch, the singer behind “Don’t Matter” said that people could now grab AKN cards on BitMart.com. He mentioned that they would expand to the major exchanges soon.

Besides helping the African economy to recover, Akon sees the launch of Akoin as an outlet of opportunities, including educational hubs. With this, many youths would be immersed in blockchain technology. They could also undergo mentorship under Akon’s program.

Tech Times reported last September that Akon spoke about the NFT game “Polker,” which at that time was still in the development stage. According to him, this game is very similar to the typical poker game that we encountered in the past.

In a video, Akon said that he had played this 3D card game which is built on Unreal Engine 4. He added that “Polker” would be one of the biggest games in NFT gaming.

“Polker” (PKR) will be compatible with the Ethereum platform, in addition to Binance Smart Chain (BSC) and Tron. Moreso, Polygon Bridge will reportedly bring the cross-compatibility feature of this NFT game to the blockchain.

Meanwhile, crypto hackers exploited the blockchain systems through Discord using the Babadedad malware installer. The cybersecurity experts said that this could bypass antivirus protection so users should beware of this new threat.