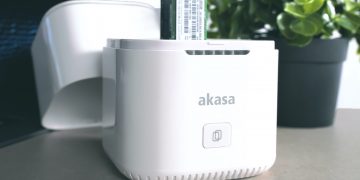 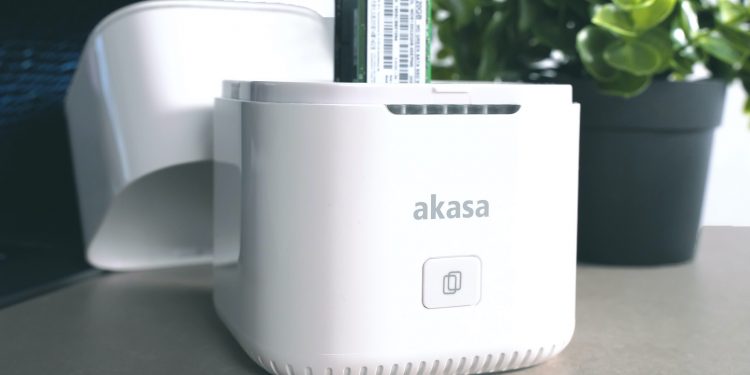 Drive docks can be extremely handy, especially the kind with support for two drives, as they generally allow you to duplicate your data quickly and easily. However, with a move towards M.2 drives, SATA based docks are slowly becoming less useful. Akasa has launched a solution to that problem with its new DuoDock MX, which accepts a pair of M.2 NVMe drives. The dock itself looks like a miniature drive dock with the addition of a cup-shaped lid that helps protect the drives from being touched during use. The front is host to a range of LEDs and a drive clone button, whereas around the back there’s a power switch, a power connector and a USB Type-C port.

The only real downside is that Akasa has gone with a 10 Gbps PCIe to USB 3.2 bridge chip, which means that the data connection to a PC would be fairly slow by today’s standards. Presumably the reason for this is to prevent the need of using some kind of heatsink on the M.2 drives, as most 20 Gbps NVMe to USB 3.2 solutions tend to require heatsinks. That said, Akasa has equipped the DuoDock MX with what the company calls an ultra-thin fan, although a picture on the company website suggests it’s a small blower fan. Price-wise it’s not what you’d call a bargain at £98 or around US$120, although that price includes British VAT.