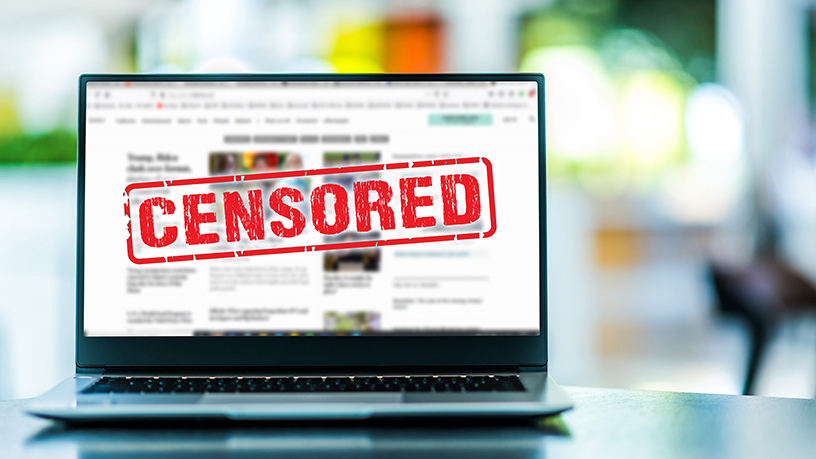 Africa is the most censorship-intensive region in the world, with 10 countries shutting down its social media this year.

This is according to cyber security company Surfshark, which notes social media censorship cases decreased by 35% worldwide this year – from 29 in 2020 to 19 in 2021.

Surfshark notes that despite the notable decrease in cases, internet disruptions affected approximately a quarter of a billion people.

Social media or complete internet shutdowns were recorded in 17 countries, with two incidents in Russia and in Iran, it says.

The annual report shows Africa is the most censorship-intensive region globally, responsible for nearly 53% of all cases in 2021.

The vast majority of social media shutdowns happened during political events such as protests (37% of cases) or elections (21%).

Surfshark says even though the censorship numbers were lower in 2021, they followed a similar trend to last year.

Moreover, the company says the vast majority of the social media shutdown cases were politics-related.

In comparison, the firm notes that out of 29 social media restriction cases in 2020, six were ordered amid elections, and eight more happened during various protests.

“In terms of politics, 2021 has been more stable than 2020, albeit still far from ideal. However, countries are evidently not afraid to pull the trigger on social media in areas of political turmoil,” says Vytautas Kaziukonis, CEO of Surfshark.

“This is still especially true in Africa and Asia. And while this year showed a positive turn with fewer social media bans, it is yet to be seen whether the trend will continue in 2022 and beyond.”

Incidents crippled communication for millions of people in times of political distress and a global pandemic, the company says.

According to Surfshark’s study, 250 million people were affected during the blockings.

This year, it says Africa was the most censorship-intensive continent across the globe, responsible for 10 (nearly 53%) of the cases in 2021. Its shutdowns were also the most political-heavy.

Africa led the social media shutdown numbers during election days (three out of four total cases were in Congo, Uganda and Zambia).

Chad blocked the internet following a raid at the property of Yaya Dillo, a representative of Chad’s government opposition.

This event took place on 28 February, around two months before the presidential election, says Surfshark.

“Ethiopia claimed their social media blackout was due to leaked 12-grade exam papers. However, most people believe the internet was blocked when rebel forces claimed to have seized strategic towns.”